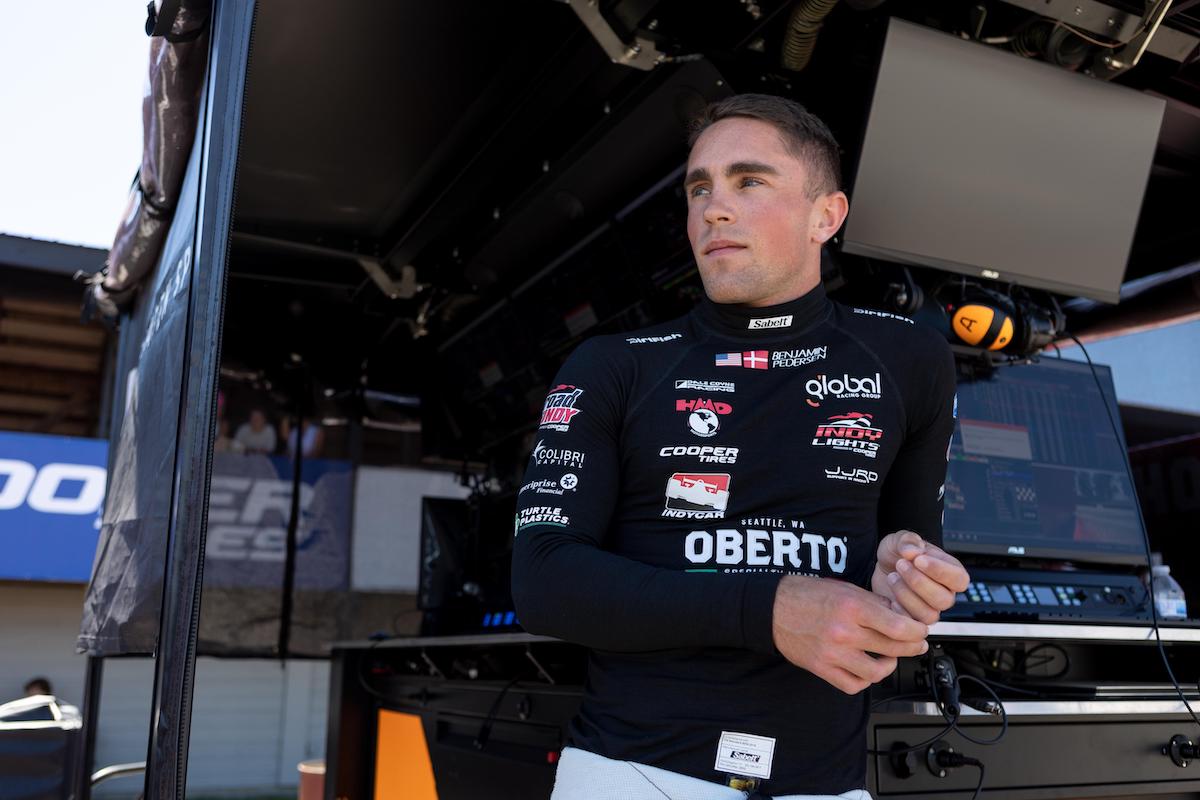 Benjamin Pedersen led team-mate Linus Lundqvist in free practice ahead of the Indy Lights round at Portland.

Practice was paused briefly early on when an incident for Hunter McElrea brought out the red flags.

McElrea had been running sixth when he locked up at the first corner and ran through the sandbag barriers designed to stop drivers cutting the corner. He made it back to the pits, but a brake issue meant he wouldn’t return to the track.

At that point, Matthew Brabham was top of the order ahead of Sting Ray Robb and Jacob Abel.

Pedersen topped the order after the track went green and gradually lowered his fastest time. Brabham also found improvements and was running comfortably in P2 before Lundqvist hit the track.

It wasn’t until the final 15 minutes of the session that the championship leader took to the track. His first flying lap put him third, but he improved to go second.

Brabham finished the session third, with a wide moment through the grass ruining a late flying lap.

Christian Bogle picked up fourth ahead of Robb and Abel. Kyffin Simpson and Christian Rasmussen took seventh and eighth.

Flinn Lazier making his Indy Lights debut put himself ninth in the session, seven tenths off the pace set by Pedersen but ahead of Danial Frost, Ernie Francis Jr, and McElrea.