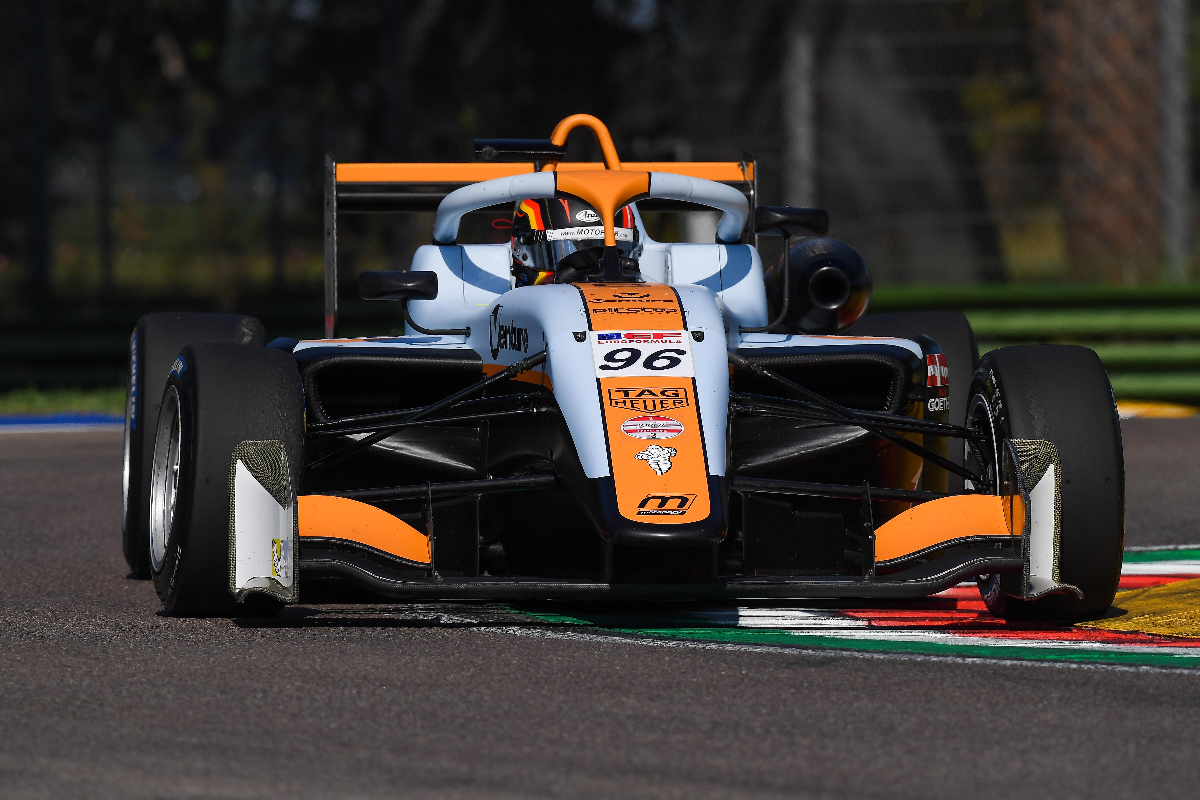 Oliver Goethe will start the opening Euroformula race of the weekend at Imola from pole, having topped qualifying by a massive 0.339 seconds.

It had been a closely fought session before Goethe’s pole lap, with Vlad Lomko the first to set a flying lap.

His CryptoTower Racing Team team-mate Christian Mansell went fastest with 19 minutes to go, then Motopark’s Goethe went top for the first time a minute after that with a 1m37.466s lap.

Lomko responded with a 1m37.038s, as Mansell slotted into second place, but Goethe was able to better Lomko by 0.029s.

The cars returned to track with seven minutes of qualifying to go, and Mansell moved into first place with a 1m36.483s effort. As the grip level increased, the laptimes were improving and almost everyone was able to beat the previous benchmark in the first sector.

Lomko went past Goethe into second place with two-and-a-half minutes remaining, but only very briefly as Goethe put himself on provisional pole with a 1m36.331s lap. Mansell’s next effort was 0.086s slower than Goethe’s, then with a minute to go Lomko took to the top as he set a 1m36.293s.

Although Goethe looked like had the pace to respond, he ran wide at turn nine and his next lap deleted. Mansell then backed out of his lap too, leaving time for everyone to get one last go at taking pole.

An incredible first sector in which he put three tenths between himself and the next best driver meant Goethe snatched back top spot and claimed his fifth pole of the season.

Lomko will share the front row with him, while Mansell and Simonazzi will fill row too.

Motopark’s Frederick Lubin was very close to Simonazzi’s pace in fifth place, while CryptoTower’s Josh Mason in sixth was the last driver within a second of Goethe’s pole lap.

Vladimir Netusil improved from his practice form but was still 4.719s back in eighth place, the bottom position in a grid size that has hit a record low for the 22-year-old Formula 3-level racing series.