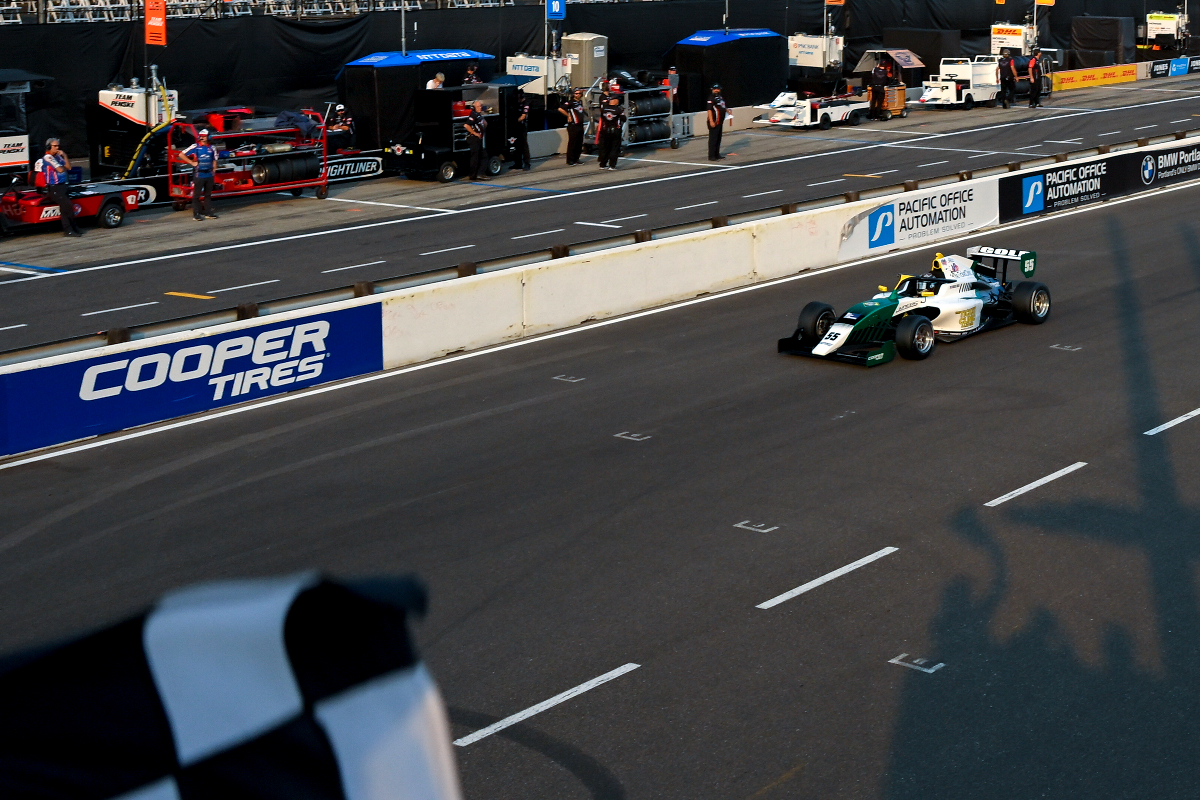 After a lengthy delay due to red flags in IndyCar practice, the slightly shortened IP2000 race ran without incident.

Gold got a good start from pole while Foster found himself under attack from Kiko Porto. DEForce Racing’s Porto found a way past on the opening lap, but didn’t have the speed to match Gold.

Porto and Foster were joined by Enaam Ahmed and Jack William Miller, making it a four-way fight for second and allowing Gold to escape even further up the road.

For a number of corners there was side-by-side action between Porto and Foster, before the latter found a way through. He began to close the gap to Gold and pulled away from Porto, who was left to defend third from Ahmed.

Foster would cut into Gold’s lead, but finished 3.5502 seconds behind the winner.

Porto was a further three seconds back but still had Ahmed on his tail at the finish. The pair pulled away from Miller late on, who himself had a comfortable advantage to Salvador de Alba behind.

Nolan Siegel fell back on the opening lap behind de Alba and spent the remainder of the race trying to find a way back through. The pair were separated by only a few tenths of a second much of the time, and their battle brought Jordan Missig, Braden Eves and Bijoy Garg onto their tail late on.

Missig managed to find a way past Siegel, taking seventh place, while Eves and Garg completed the top 10.

The race’s only drama came on lap one, as Josh Green and Yuven Sundaramoorthy came together while battling in the midfield. Both dropped down the order but were able to continue. Marcos Flack was also involved in a lap one incident, and retired in the pits.