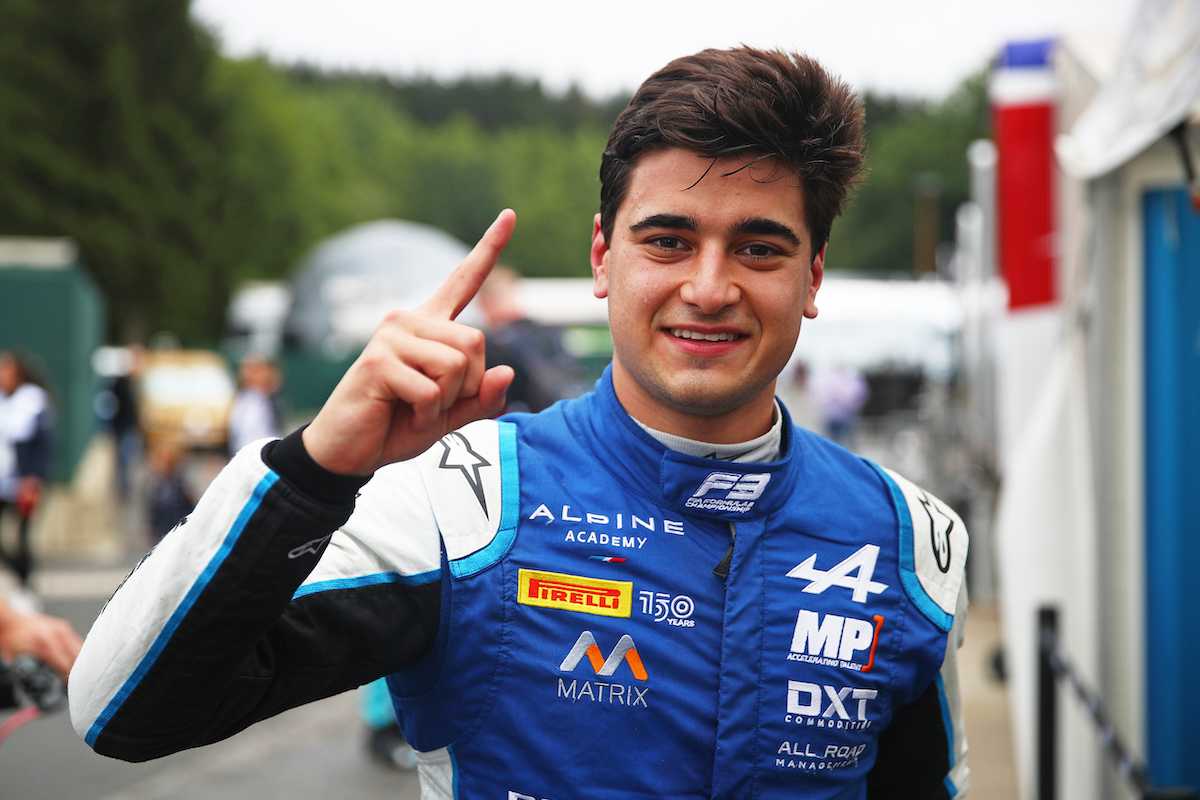 MP Motorsport driver Collet overtook reversed-grid polesitter Correa for the lead early on the race and controlled the pace from there. ART Grand Prix driver Correa held on to finish in second place ahead of Carlin’s Zak O’Sullivan to claim his first podium since his racing return after his Spa 2019 accident.

A good start allowed Collet to pass Gregoire Saucy and O’Sullivan around the outside of turn one to place himself right on the tail of race leader Correa.

Collet first attempted to take the lead on lap four around the outside of turn one, similarly to what he had done in the opening lap. However, he wasn’t able to complete the move on Correa as he ran wide at the exit of the corner. The Brazilian tried again the following lap and would pull it off at turn three after him and Correa drove wheel to wheel.

Championship contenders Victor Martins and Ollie Bearman also moved forward from 11th and 13th on the grid to 7th and 10th place respectively. The pair benefited from Franco Colapinto hitting the back of Roman Stanek, who went sideways at turn one. Stanek’s Trident team-mate Zane Maloney ran into the gravel trap as he took avoiding action, which dropped him out of the top 20.

Also at turn one on lap five, VAR’s Rafael Villagomez locked up his tyres and hit the rear-right tyre of Carlin’s Brad Benavides, who spun. Both drivers were able to continue and no safety car was needed.

For the second week in a row, Jonny Edgar finished just off the podium in fourth in front of Saucy and Isack Hadjar, who was able to increase his championship lead by three points over Martins.

Sebastian Montoya held off Jak Crawford to finish seventh in his first F3 race, while Stanek recovered to beat Bearman to the final point in 10th.

Arthur Leclerc made progress throughout the race from his starting position of 20th. He finished in 12th place after fighting Colapinto and Bearman in the closing laps.