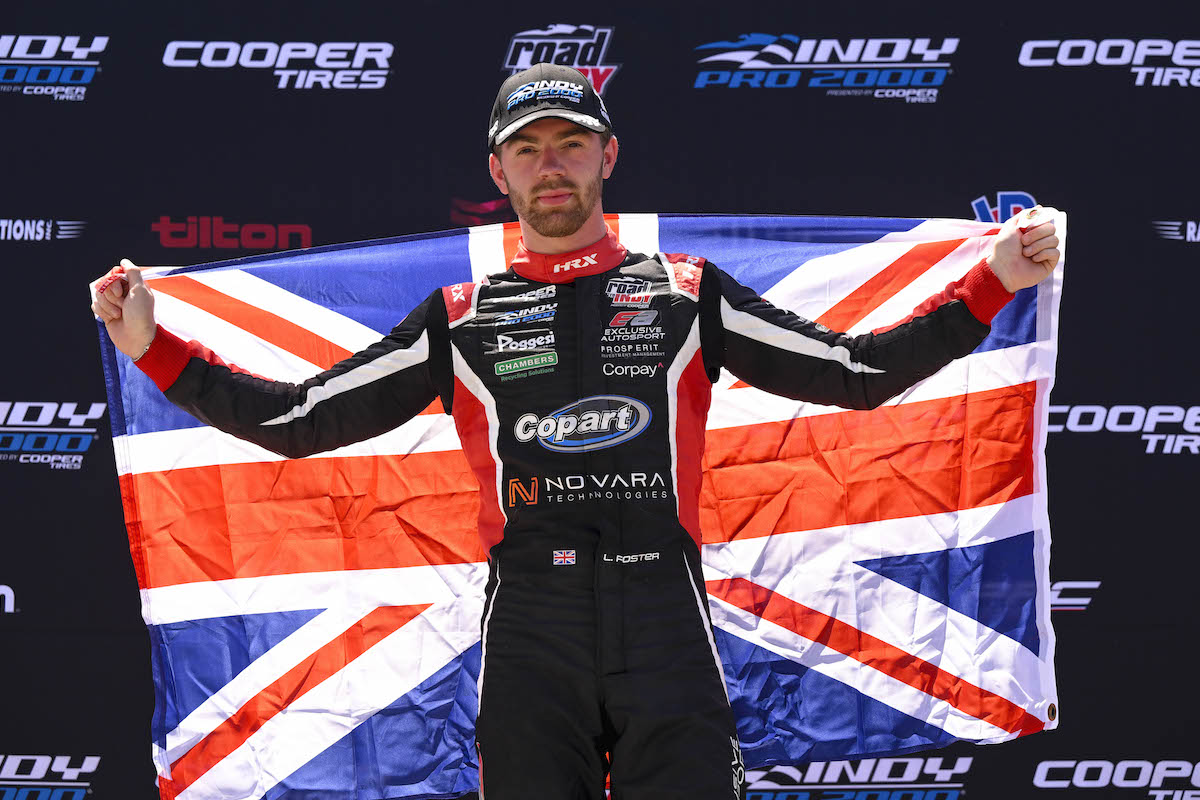 Exclusive Autosport’s Louis Foster clinched the 2022 Indy Pro 2000 championship with victory in race one at Portland.

The Briton led the way from lights to flag and only his rival for the title, Juncos Hollinger Racing’s Reece Gold, could keep up with his pace in the first half of the race. Gold’s teammate Enaam Ahmed completed the podium in third place.

It was chaos at turn one with lots of tyre lock-ups, several drivers cutting the corner and DEForce Racing duo Nolan Siegel and Kiko Porto spinning around due to contact. Jack William Miller hit the back of Siegel under braking, who then hit his teammate as he spun.

Both Siegel and Porto were forced to retire from the race, whereas Miller was able to continue even though he was two laps down when he left the pit-lane after fitting a new front wing. He would take the chequered flag nine laps down after visiting the pit-lane twice more.

At the front, polesitter Foster held on to the lead of the race ahead of Gold, who had attempted a move for first place committing to the outside line.

On lap five, they had already built up a three-second gap over Ahmed, who wouldn’t be able to match the top two drivers’ pace.

As the race progressed, Foster started opening a gap with Gold, which was as much as over three seconds, on his way to a championship-sealing victory.

Jay Howard Development Driver’s Marcos Flack avoided first corner trouble to move all the way up to fourth place from last on the grid. Despite not having enough pace to challenge for the podium, he was able to hold on to the position earned at the start, holding off what was a seven-car train for most of the race.