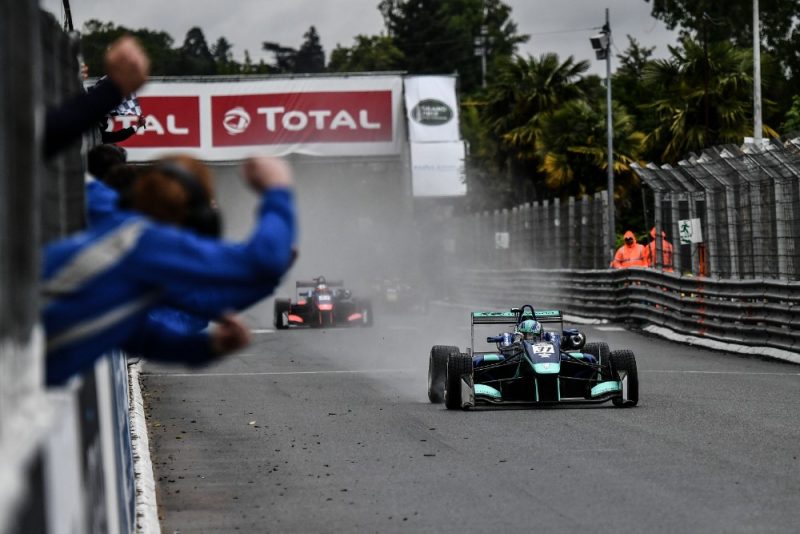 The Pau Grand Prix will return on May 6-8, 2022 after an absence of two years, with organising club Asac Basco Bearnais getting approval to run the event on Pau’s city streets.

Euroformula will be the headline series awarding the grand prix title, as in 2019 when Billy Monger famously won the most recent running of the race.

The winner of the 79th edition of the grand prix next year will be the first to do so in the Dallara 320, and therefore the first non-Formula 3 winner in a single-seater since 2013 when Luca Ghiotto won in a Formula Renault 2.0 car.

“We are particularly happy to be able to go to Pau again and see the Euroformula Open selected to provide the competition for the Grand Prix de Pau,” said Jesus Pareja, chief executive officer of Euroformula promoter GT Sport.

“There is no doubt that the GP de Pau is an [exciting] addition to our calendar and an exciting challenge for teams and drivers.”

For the last two years it was intended for Euroformula to continue at the street track, but the COVID-19 pandemic led to the cancellation of the event both times and it has required several months of additional preparation to make the event compatible with measures such as social distancing in case the Pyrenees-Atlantiques department of France the city sits in is enforcing pandemic restrictions next spring.

At first it looked highly unlikely the grand prix would return in 2022 due to the pandemic and the proximity of the event’s usual May date to what is expected to be a fairly contentious French presidential election at the end of next April, and it was not included in any series’ calendars.

However both Euroformula and French F4 deliberately did not schedule any other circuits in for the second weekend of May with the hope the grand prix would be successfully revived, and a meeting with organisers early this November led to both confirming their spots on the event bill but with the event itself still to be publicly confirmed as going ahead.

WTCR’s 2022 calendar was then approved by the World Motor Sport Council last week (November 26), paving the way for the return of the Pau GP to be formally announced days later.