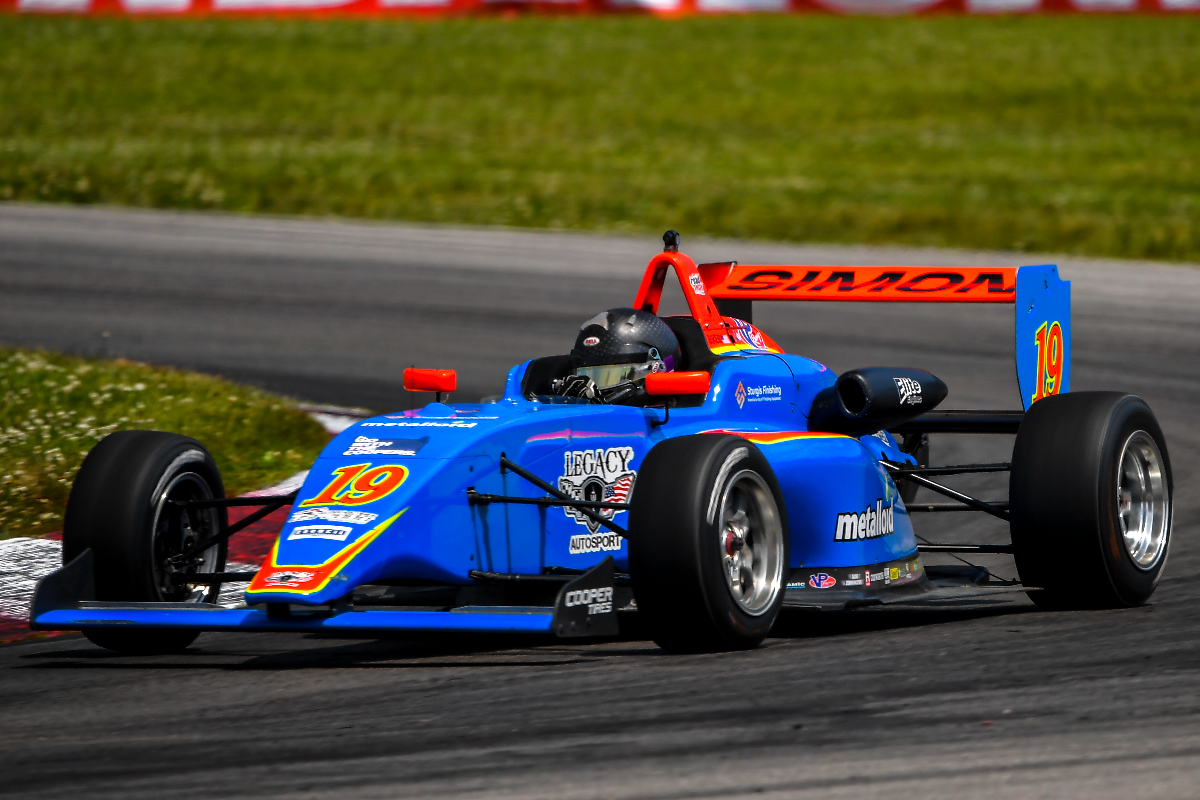 Simon Sikes will return to USF2000 next year with Legacy Autosport, while karter Evagoras Papasavvas will make his single-seater debut with Jay Howard Driver Development in the championship.

It will be Sikes’ third year with Legacy, having first joined the team for half of the 2020 USF2000 season and picking up a best finish of fourth.

He competed part-time that year as his priority was winning the title in the entry-level F1600 Championship Series, which had several clashing rounds. A second part-time campaign this year resulted in four podiums and 14th in the standings.

“With the strong run Legacy Autosport and I had this year, next year looks even more promising. 2022 will be my first full season in the series, and I am ready to chase after the championship with such a great team supporting me.

“I chose Legacy Autosport because they are a great group of people with an incredibly storied history, a wealth of experience that spans decades.”

Sikes believes that given his 2021 results, he could “chase a championship” in his first full season. One race he has missed in both of his previous campaigns is the Freedom 75 at Lucas Oil Raceway, which is the only oval race on the calendar.

“2021 was most definitely a learning season. This year I’ve competed in a limited USF2000 schedule as well as winning the 2021 SCCA Runoffs in Formula Continental. Initially, we had planned to compete in the full USF2000 series. However, the age-old story of funding caused us to miss several events. It was still a great season overall where I learned so much about the series and car that I can take with me into 2022.”

Sikes also made a winning return to F1600 in a cameo this year, and has a SCCA Runoffs crown in Formula Ford too.

JHDD signing Papasavvas will not be allowed to start his time in the Road to Indy until he turns 14, but he has already being testing in USF2000 cars since September at several circuits and in Formula 4 machinery.

The 13-year-old American with Crypriot roots is a champion in Mini karts, and has been racing in X30 Junior karts in the USA this year.