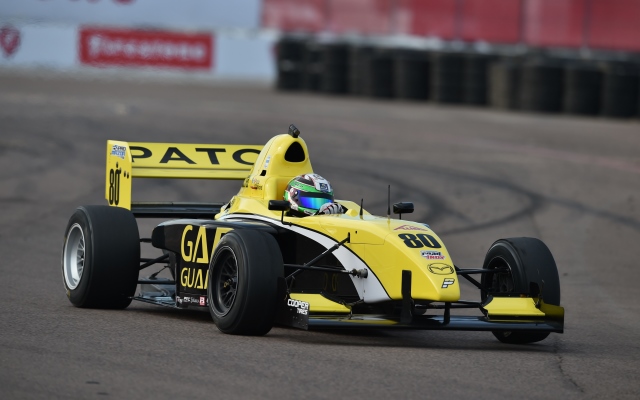 O’Ward, who is only signed to Team Pelfrey through this round and the following round at Barber Motorsports Park in Alabama, turned the quickest lap at 1m11.572s. It is the Mexican-born driver’s first pole position in the category.

USF2000 graduate Telitz was less than a tenth of a second slower than his teammate, and will line up on the outside of the front row for Saturday morning’s opening race.

Weiron Tan was fifth in a third Team Pelfrey entry, qualifying ahead of Australian rookie?Jake Parsons for Juncos Racing.