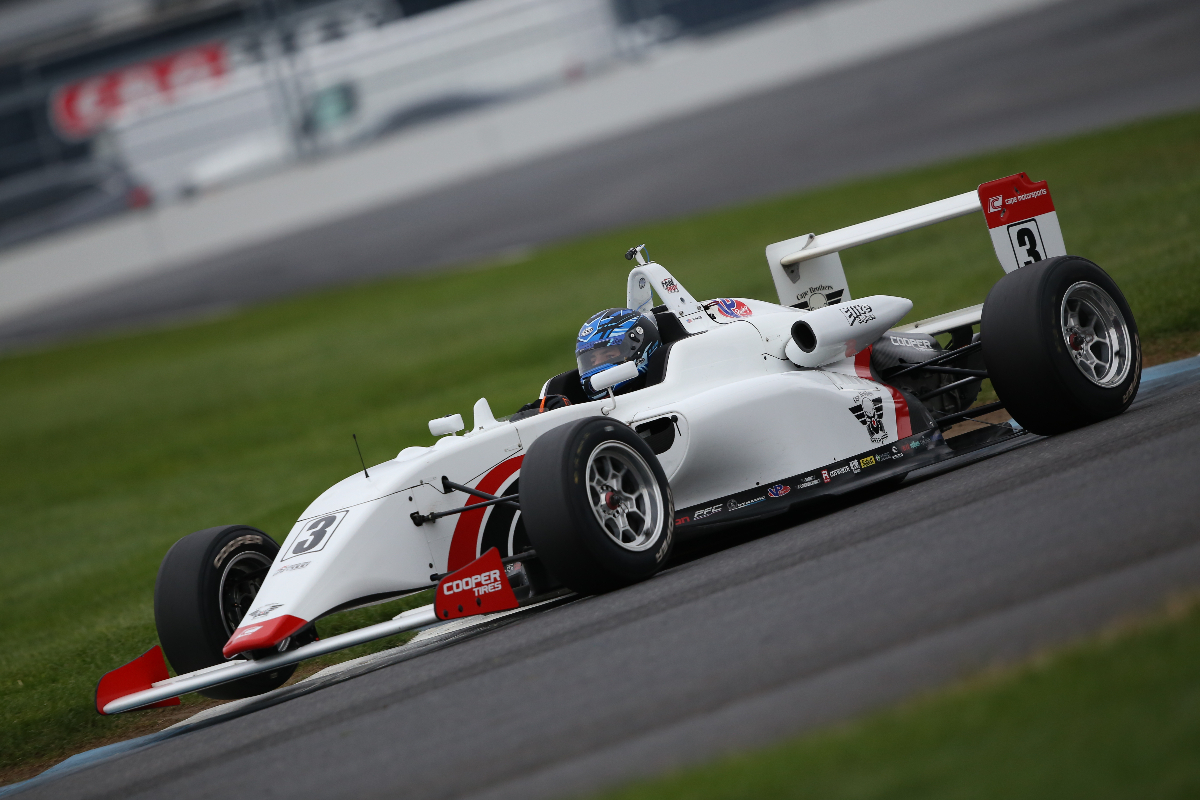 Jagger Jones, the grandson of Indianapolis 500 winner Parnelli Jones, was the fastest driver in the USF2000 segment of last week’s Chris Griffis Test.

All three of IndyCar’s single-seater support series were in action on Indianapolis Motor Speedway’s road course, and it was Jones – previously a racer in the NASCAR’s fourth tier at a regional level – who topped three of the six USF2000 sessions.

DEForce Racing’s Mac Clark, this year’s United States Formula 4 runner-up, started the test on top in the wet, with Legacy Autosport’s Viktor Andersson sitting out that session and the remaining ones of the day.

His team-mate Simon Sikes headed session two, with representative laptimes now being set on the dry track, and then Cape Motorsports’ Jones pipped Sikes by 0.0128 seconds in session three to end the day on top.

Jones began the next day by going fastest again, improving the benchmark pace to 1m35.4672s, with Jay Howard Driver Development’s Lucas Oil School of Racing graduate Yeoroo Lee skipping out on the action this time.

Thomas Nepveu got within a tenth of Jones’ pace by being the quickest in session two of Sunday, then Jones returned to the top in the final session by 0.0117s over Clark.

It was Jackson Lee in the second of Cape’s cars that actually ended the test in second place, just 0.0069s slower than Jones.

The Road to Indy’s new-for-2022 rung USF Juniors was not in action at the Chris Griffis test, but already has a driver signed for its Formula 4-based first season as Nikita Johnson joins the grid.

The Velocity Racing Development protege, still only 13, won in the YACademy Winter Series for F4 cars at the start of this year and has had to wait another 12 months before being able to return to the category. He will contest the Florida-based series again in 2022 with VRD, then embark on a USF Juniors campaign in the same car.

‘I’m super happy to join VRD,” said Johnson. “Their results prove they are the best in the business.

“My sponsors and I did our homework when we first joined the VRD Academy. We knew VRD was the best team and I think this was before they had even won a race.”