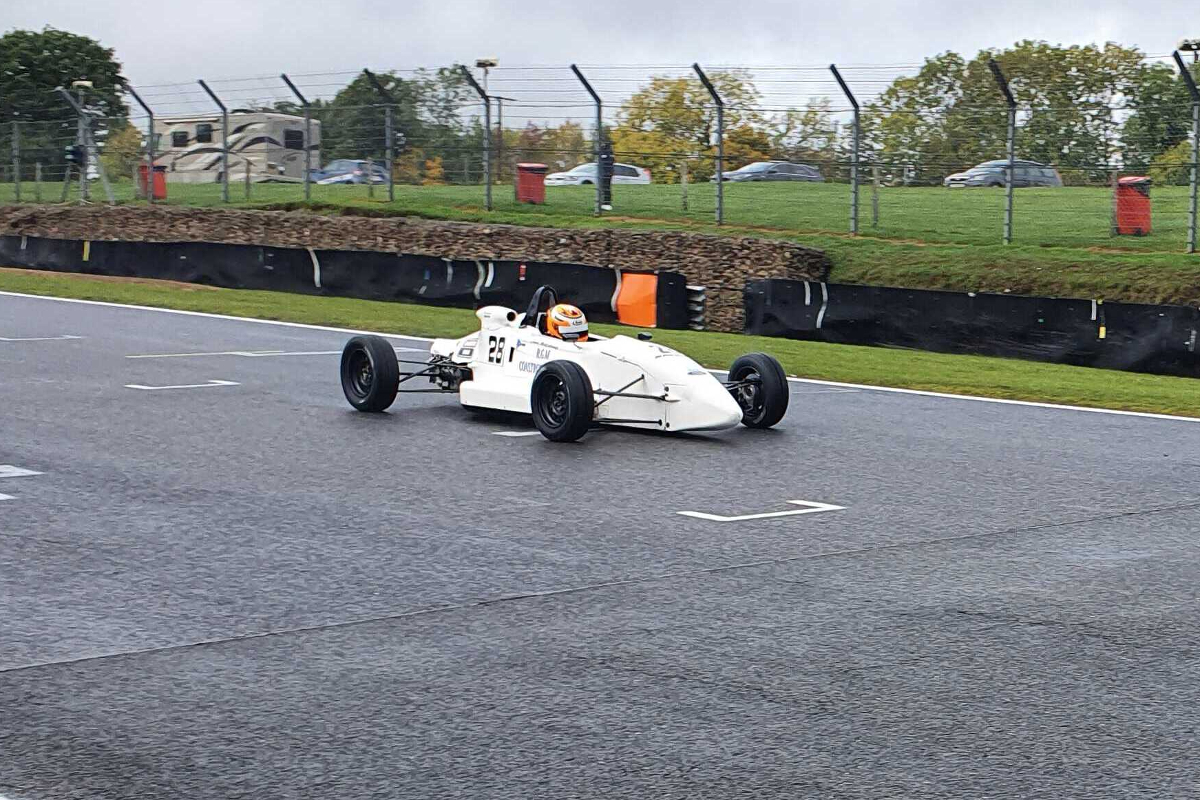 Robbie Parks snatched a surprise pole for heat three, while David McCullough was quickest in qualifying for heat four at the Formula Ford Festival at Brands Hatch.

The chequered flag was waved with over two minutes still left on the clock after Matt Rivett’s car stopped at Paddock Hill Bend with what appeared to be a fiery rear end.

Team Canada scholar Jake Cowden posted a 53.898s on his final lap, but he was denied pole seconds later by Vertical Racing’s Robbie Parks, who set a 53.877s despite missing most of the week’s testing. Jordan Kelly was another late improver into third, only 0.023s off Parks’ pace.

James Penrose was fourth for Border Reivers, narrowly ahead of Rashid and McArthur, while Eastwell and Gilkes slipped back to seventh and eighth.

2021 National FF1600 champion Chris Middlehurst then set a 51.212s to go quickest on his first FF1600 appearance of the year for Team Dolan before he was edged by Ammonite’s Team USA scholar William Ferguson.

Privateer Alan Davidson, who had been sitting in fourth, spun off backwards at Paddock Hill Bend, bringing out the red flags with four minutes remaining.

McCullough set a 51.121s once the session resumed to move ahead of Ferguson by 0.003s. He then improved to a 50.910s before spinning off at Paddock Hill as the chequered flag was waved, but his time was not beaten.

Middlehurst was a late improver into second place, 0.192s off McCullough. Ferguson did not improve after the red flag stoppage and ended up third, with Tom Nippers and Oldfield Motorsport’s Brandon McCaughan both within 0.031s of him.

Davidson held on to sixth ahead of Fairbairn and Souley Motorsport’s Ben Cox.