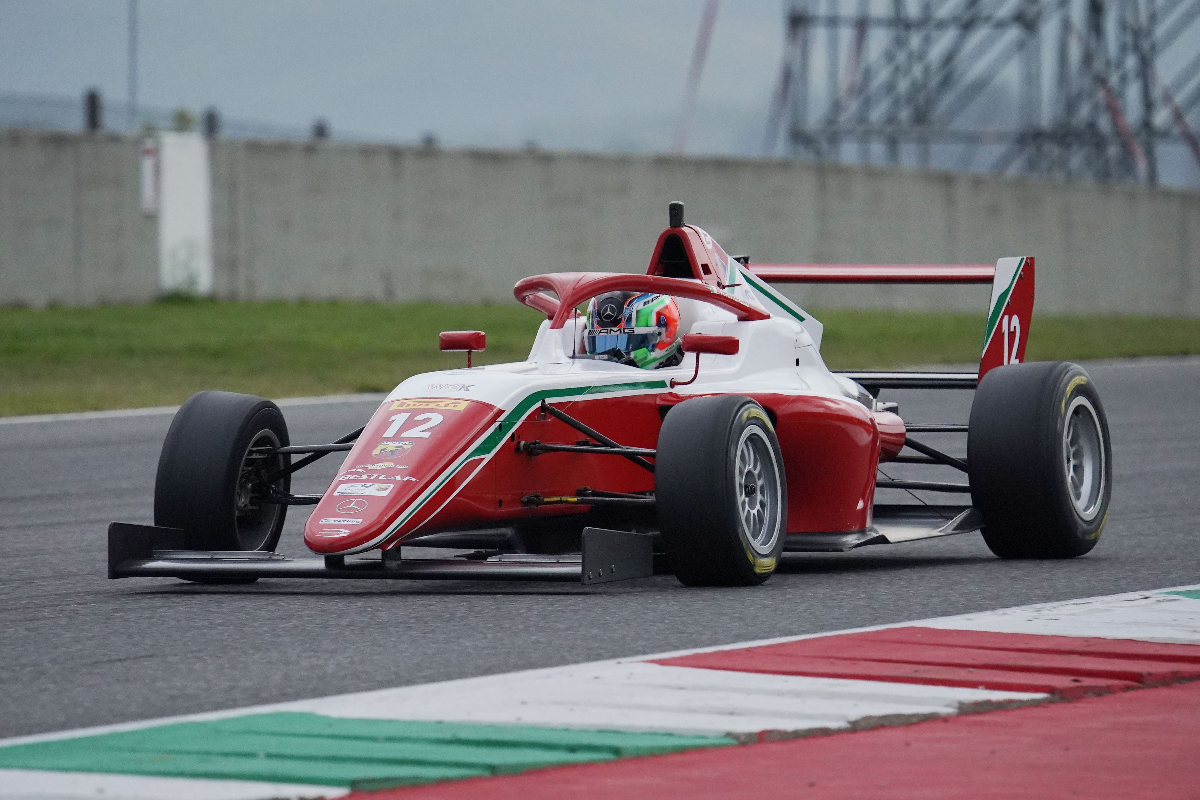 Andrea Kimi Antonelli took a commanding lights-to-flag victory for Prema in the opening race of the Italian Formula 4 Championship finale at Mugello to clinch the title with two races remaining.

The Mercedes-AMG F1 junior adds the Italian title to the ADAC German title he won a week ago at the Nurburgring as well as this year’s Italian rookie honours.

With heavy clouds overhead and a few drops of rain in the air, Antonelli made a perfect start from pole position as title rival Alex Dunne lost ground to Ugo Ugochukwu who edged past the Irishman into San Donato.

Dunne was soon back into second place and although he was able to narrow Antonelli’s lead to 0.551s the Prema driver was able to stabilise the gap before a four-car incident at Arrabiata brought out the safety car.

Niels Koolen, Giovanni Maschio, Nandhavud Bhirombhakdi to end up in the gravel to avoid a slowing Pedro Perino.

As the safety car pulled in at the end of lap 10, Antonelli controlled the restart to perfection, bunching up the filed before picking up speed three corners before the line.

Dunne held on to second as Van Amersfoort Racing’s Martinius Stenshorne closed on him in the final laps, once he had found a way past Ugochukwu.

The American lost out to team-mate Charlie Wurz as the two veered across the start-finish straight, Ugochukwu earning a black-and-white warning flag in the process. The battle allowed Camara onto their tail, the Ferrari junior further demoting Ugochukwu to take fifth at the flag.

Maya Weug had made an excellent getaway to move up to tenth at the start from 15th on the grid, but lost ground at the restart, dropping back to 14th at the finish.

Taylor Barnard was another driver to make strong progress in the race, finishing a creditable ninth from 20th on the grid for PHM Racing.

Prema’s James Wharton and Conrad Laursen both retired early having started from the tail end of the grid after failing to set a competitive time in qualifying.

VAR’s Red Bull junior Arvid Lindblad bogged down at the start, having qualified an excellent sixth, before recovering to 21st at the finish.