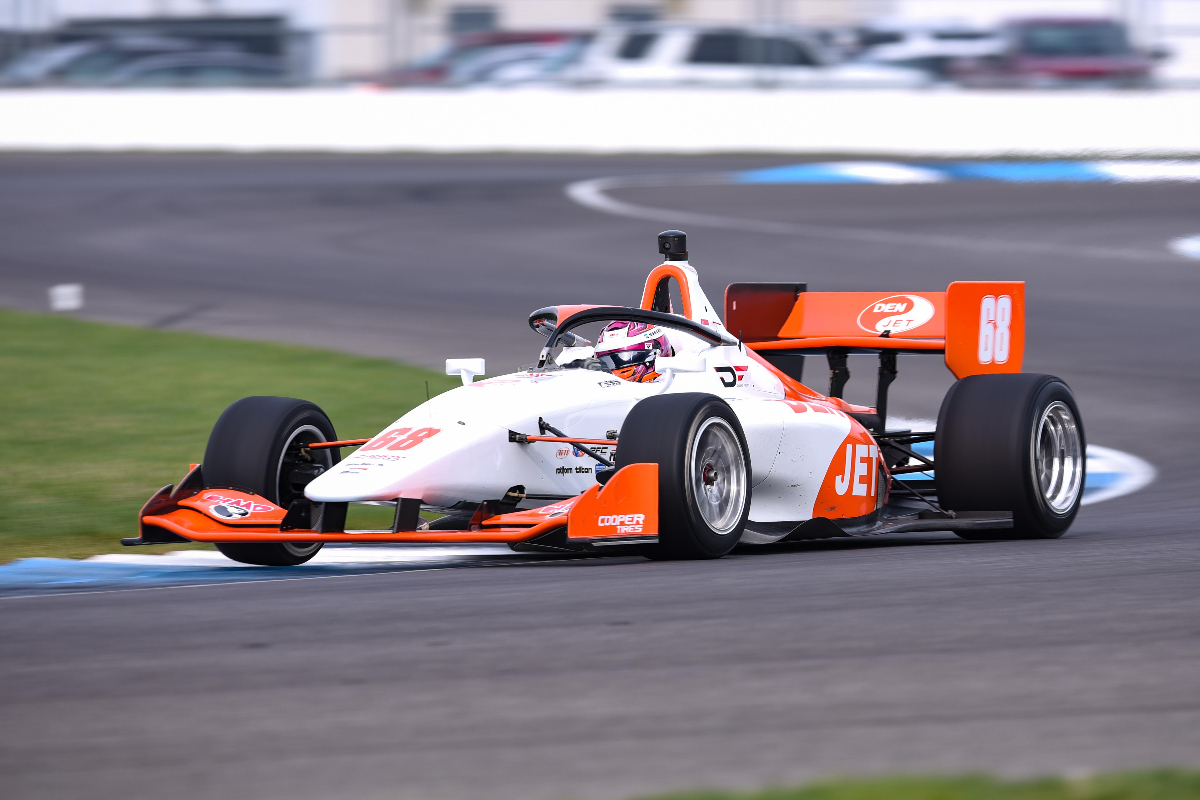 In the morning Frost led a HMD 1-2-3 ahead of Kyffin Simpson and Christian Rasmussen, and he set the pace by 0.2332 seconds. Hunter McElrea was the top Andretti Autosport driver in fourth place.

The pace was slightly slower in the afternoon, with Frost lapping 0.0256s slower than the 1m16.2526s benchmark he set in the morning, and this time he was 0.0975s faster than McElrea.

Three HMD drivers filled the next three places, with Ernie Francis Jr (whose entry is supported by Force Indy) in third place. Nolan Siegel was the top Indy Lights newcomer (although he did do the 2022 season finale) in fourth.

Further down the order were several new names to the series, and drivers who are yet to sign deals to race in Indy Lights next year.

Roe has recently been racing in International GT Open, and had said he was looking at a future in sportscars, while three-time W Series champion Chadwick has tested privately with Andretti and was the only driver to crash during the Indianapolis test.