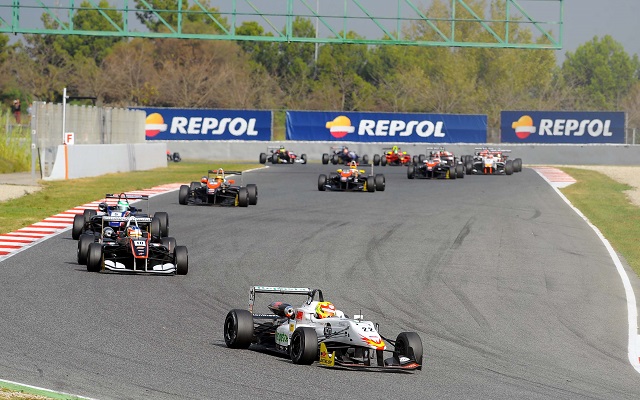 17-year-old Alex Palou collected his third victory of the Euroformula Open season after a confident performance in the final race at Circuit de Catalunya.

Starting from pole, Palou controlled the race from the first till the last corner, while also recording the fastest lap in the process.

Although he was unable to fight with Palou, guest driver Nelson Mason took a comfortable second, ahead of Yarin Stern, who collected his sixth P3 of the season.

Series champion Sandy Stuvik who was running fourth for the bigger part of the race, even challenging Stern for third, but then allowed teammate Artur Janosz through to assist his bid for runner-up in the standings.

As a result, Janosz ended the season in second, thanks to the 15 points he claimed for finishing as the third best point-scoring driver, while race winner Palou had to settle for third just one point adrift.