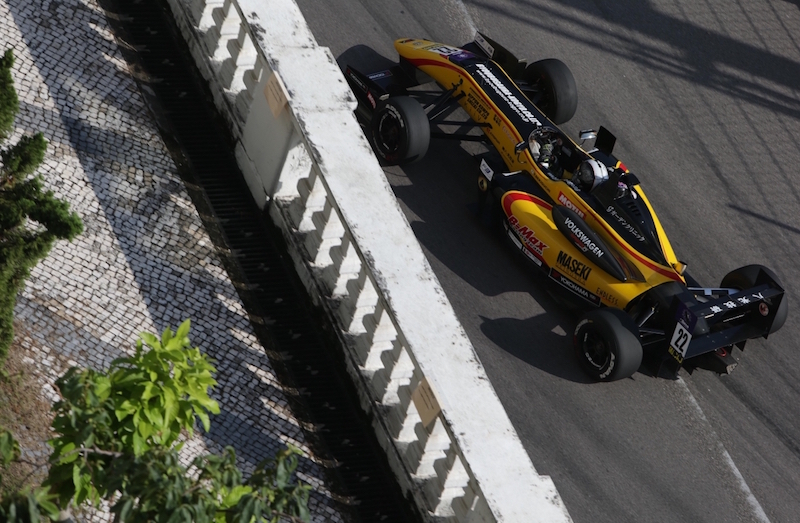 Palou raced in the Formula 3 European Championship this year for Hitech GP, finishing seventh in the standings after taking seven podium finishes. He is not part of the British team’s Macau line-up however, with regular Enaam Ahmed instead joined by Jake Hughes and Charles Leong.

Spaniard Palou will switch to Volkswagen-powered B-Max after racing against the team through 2017, when he came third in Japanese F3 with the ThreeBond Tomei engine project.

This will be Palou’s third Macau appearance, after making his debut with Fortec Motorsports in 2014.

Sekiguchi, 30, will be making his sixth Macau Grand Prix start.

He finished fourth with Mucke Motorsport in 2011, the year he won the Japanese F3 title with B-Max. After returning with Mucke two years later, he then appeared for B-Max in 2015 and 2017.

Sekiguchi has finished in the top four in the Super Formula standings every year since joining the series in 2016.

B-Max has added a third car to bring the grid up to a capacity 28, with its final entry to be driven by team principal Ryuji ‘Dragon’ Kumita, who made his debut in 2017 but failed to race after injuring his hand in a qualifying crash.