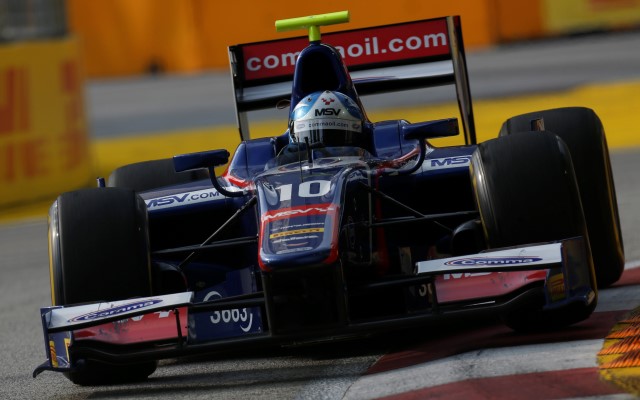 Jolyon Palmer posted the fastest time as the Singapore weekend got underway with free practice on the Marina Bay street circuit.

Mitch Evans was a strong fifth in his first running on the Singapore track, and was the last man within a second of the pace.

Johnny Cecotto was ninth with Stephane Richelmi in tenth.

King quickest in both practice sessions at Nurburgring