The British F3 International Series has not had the easiest of years in 2013, having been reduced to a four-round calendar and with regular main class support from only three teams, all Britain-based. However, it has delivered on the racing front and looks to finish strong – as fewer rounds means a closer fight for the top of the standings, all the three main class squads enter the championship finale at Nurburgring with their respective strongest drivers within plausible reach of the title. 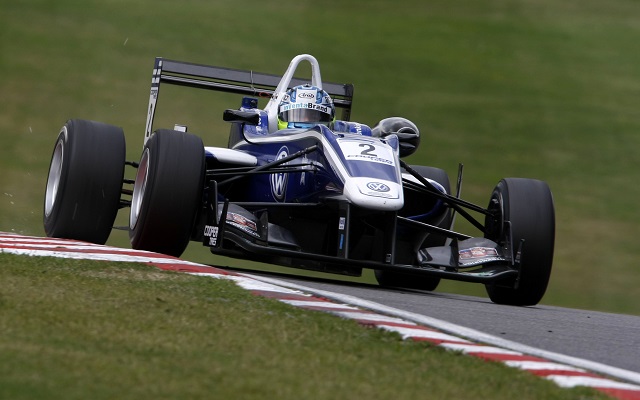 19-year-old Jordan King figured as an obvious title contender in the entry list for the British F3 opener, having arguably the best mixture of talent, car performance and current form on the grid – a position that was bolstered when Felix Serralles called it quits on the series.

The Briton quickly proved his ambitions by finishing first out of the main class runners in Silverstone qualifying. However, an early spin in race one didn’t help matters for a 12-race championship and Jordan found himself having to make up lots of ground in short time. He picked up 25 points in race three, finishing behind guest driver John Bryant-Meisner, and was off the podium only once in the two subsequent rounds.

Coming off of some very strong results and with a stellar car provided by Carlin, King is the obvious favorite to take the honours at Nurburgring. He’s good friends with the German track, too – there he achieved his best finish in Formula Two, while, last year, he was easily the best regular driver during Formula Renault 2.0 NEC’s visit to the Ring. There isn’t much of a room for mistakes, though – his title campaign has survived one hitch, but it probably can’t handle another one. 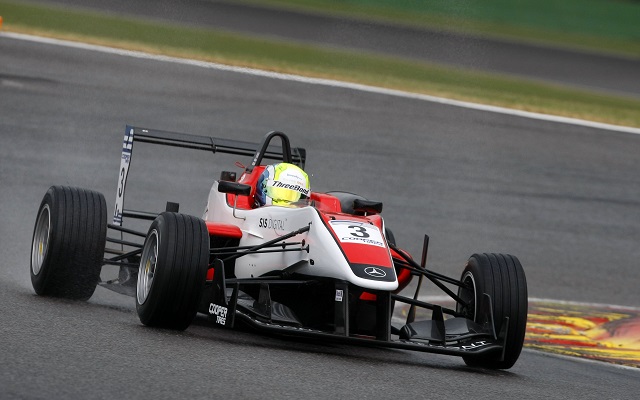 Northern Irish driver Will Buller has not entered the 2013 British F3 series as an obvious favorite, following a disappointing stint in FIA F3 with T-Sport. However, his Silverstone debut marked the beginning of a drastic improvement, which was then followed up with more stellar British F3 efforts, as well as an eye-catching part-time campaign in Formula Renault 3.5.

At the season opener, he put himself on the map as Fortec’s main title bid, taking the reigns in the championship. At Spa-Francorchamps, the British team’s machinery didn’t seem to hold up to Carlin (and, really, even Double R) in the dry, but heavy rain during the first two races allowed Buller to pounce at the opportunity, with him adding a victory and a podium finish to the CV. However, a severely underwhelming outing at Brands, which saw two false starts from Buller, demoted him to second ahead of the finale.

Due to his experience, Buller knows his way around Nurburgring and has a good record at the track, which saw his only podium in the 2009 Formula BMW Europe. And, while that alone might not be enough to beat the Carlin cars on pure pace, Fortec’s form at the recent FIA F3 round at the Ring was quite reassuring. If they carry that pace into the British F3 finale, the Nothern Irishman could snatch the title away from King. 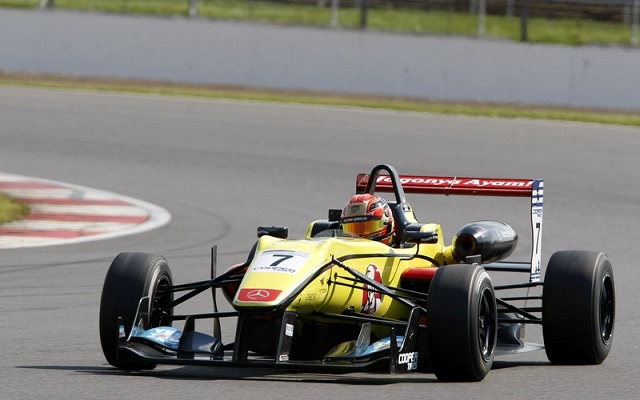 Chasing the two Brits at the front is Antonio Giovinazzi, who started the season as the underdog in an underdog team and will enter the final round of the championship in that exact status.

Indeed, at no point during the season did it seem that Double R could seriously challenge either Carlin or Fortec on pace, yet the Italian kept himself in the title fight, making the most out of reverse-grid races and harsh track conditions. Great stars and some impressive defensive driving have earned the Double R man two victories, but his title hopes were dealt a crushing blow, when he came together with Will Buller in the third race at Brands Hatch.

A recent Nurburgring visit with Double R as part of the FIA F3 campaign is pretty much all Antonio has when it comes to track experience. He probably doesn’t have much of a shot at troubling the British duo at front in dry conditions, but, should it rain, the Italian might just win it – after all, his 2012 one-off in Formula Abarth has shown just how good he can be on a wet track when he has nothing to lose.

Rest of the field

The other five International Class regulars are also technically within a shout of the championship, with Fortec’s Felipe Guimaraes being the best of the rest with 75 points. However, all of them seem very unlikely to play a role in the title fight, their best aspirations lying in individual wins and podiums.

The National Class, meanwhile, has been decided off-track. With Ed Jones opting for a no-show at Nurburgring and the rest out of mathematical contention, Sun Zheng will arrive at Nurburgring as the class champion.