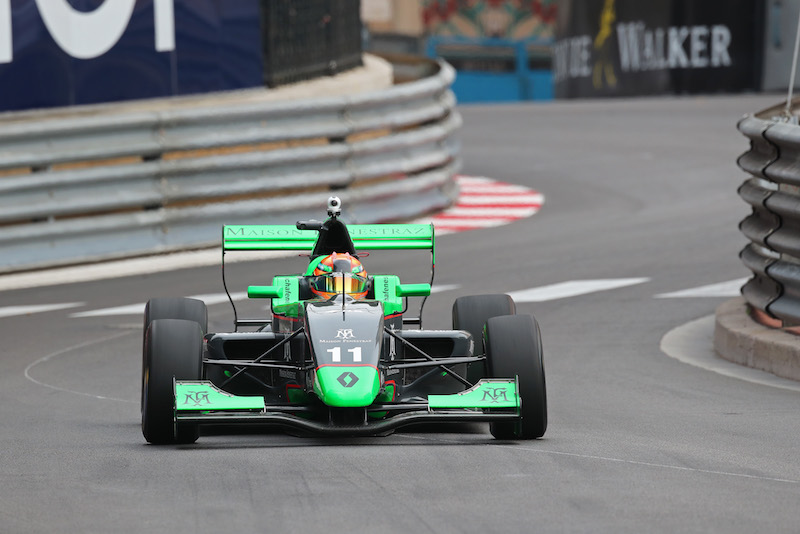 Will Palmer and Sacha Fenestraz will start the two Monaco Formula Renault Eurocup races from pole after topping their respective groups in qualifying.

Fenestraz, who won last year’s single race in Monte Carlo, posted the quickest time in qualifying from the second group, a 1m30.736s posted in the closing minutes.

The Franco-Argentine then spun at Rascasse on his final effort, touching the barriers in his Josef Kaufmann Racing-run car.

He denied the championship leader Robert Shwartzman by 0.061 seconds, while Max Defourny took third in the group, 0.12s down.

Palmer, who is one point behind his R-ace GP team-mate Shwartzman, came out on top in the first group with a best of 1m30.896s with two minutes to go.

The Briton?had been beaten?a moment earlier by compatriot Dan Ticktum, who eventually had to settle for second, 0.23s down.

With just one qualifying session to cover both races, Fenestraz as the fastest driver takes pole for race two with Palmer to start alongside, with those positions to be reversed for race one.

Ticktum would thus be due to start third in race one but has a two-place penalty for a collision in the second Pau race, as does Alex Peroni – who was third in the same qualifying group – for “illegitimately obstructing” Fenestraz as he defended his lead in the same race.

That is likely to mean Shwartzman will share row two with Defourny, with Ticktum to start alongside fellow Red Bull junior Richard Verschoor – fourth fastest in group one – on row?three, and Peroni to share row four with Gabriel Aubry.

The provisional race-two grid will then feature Fenestraz and Palmer on the front row ahead of Shwartzman and Ticktum, Defourny and Peroni, and Aubry and Verschoor.

With only 28 grid spaces in Monaco, two drivers from the 30-car field must miss out in each race, but in a move agreed between series organisers and the teams, every driver will be permitted?to start at least one race in Monaco.

In race one, the drivers that were 15th fastest in their qualifying groups will race instead of those that were 14th, who will then get to start race two.

That means Julia Pankiewicz and Najiy Razak will miss race one, before Jean-Baptiste Simmenauer and Sun Yue Yang miss out on race two.