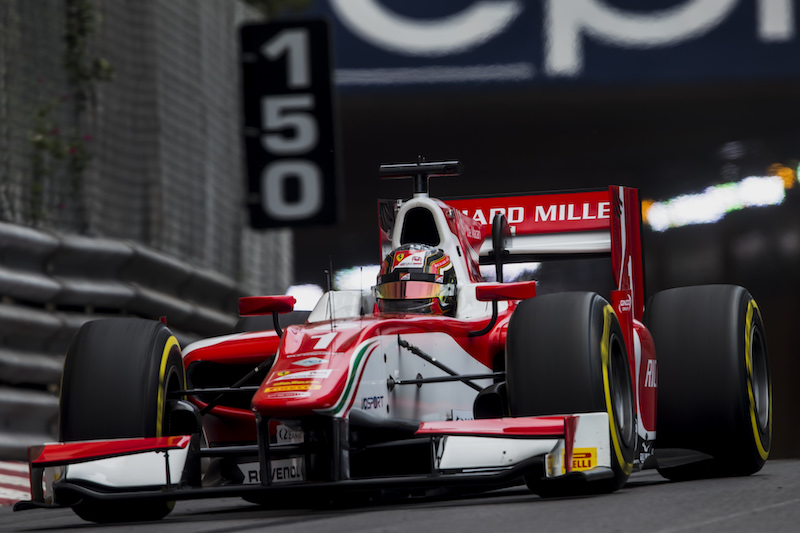 The Prema driver – on his first day driving the circuit in a racing car?- came out on top in the first half of the split qualifying session, posting a 1m19.309s that would prove just out of reach for Albon and the other drivers in group two.

Leclerc had gone quickest in his group with less than five minutes to go, only for his nearest championship rival Oliver Rowland to quickly better that effort, but the Monegasque driver finished up over two tenths of a second clear after a final lap in which he got extremely close to the barriers in the tunnel.

In group two, Albon posted a 1m19.792s with five minutes remaining, which Norman Nato and Nyck de Vries then came within 11 and 22 thousandths of a second of matching respectively.

Leclerc did come under investigation early in the session ?for stalling in the pitlane and not waiting one minute to leave the pitlane?, while an instance of impeding involving Rowland and Sergio Canamasas also caught the eye of the stewards.

Artem Markelov may have bettered Leclerc?s benchmark had he not come across the car of returnee Robert Visoiu entering Rascasse, finishing his lap three tenths down.

Rowland and Markelov will share the second row of the grid, with row three to be headed up by Nobuharu Matsushita, who crashed exiting the Swimming Pool section after the chequered flag in the first segment.

Nato, who was denied a ?home? win by Markelov last year, finished up third behind the Russian in group two.

Jordan King and de Vries will line up on the fourth row, with Luca Ghiotto and Nicholas Latifi to round out the top 10.