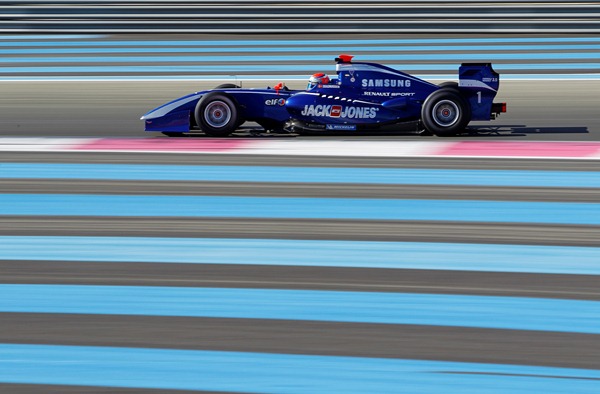 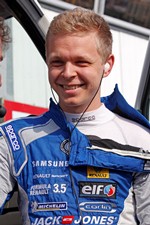 Joining Formula Renault 3.5 with 2011’s dominant team Carlin and handed an increased role at McLaren, big things were expected of Magnussen in 2012. Sadly seventh overall at the end of the season was probably a bit of a disappointment for him, but there were still several moments when he displayed just how good a driver he is.

There was his double pole at Spa, one in the dry and one in the wet, although it was typical of his season that he was hit out of the first and won the second. That would end up being his only victory of the year in fact, but there were other opportunities. On pole in the wet again at Silverstone, he crashed out of the lead in the difficult conditions on lap two. That was probably his own fault, but there was also plenty of the bad luck that plagued him in British F3. After following Robin Frijns home in the first race in Hungary, he was leading the second until his car expired on the last lap.

Post-season, Magnussen impressed McLaren with his first run in F1 machinery at the Abu Dhabi Young Driver Test, and topped the timesheets on three occasions in FR3.5 testing driving for DAMS. Amongst the favourites if he returns for 2013. 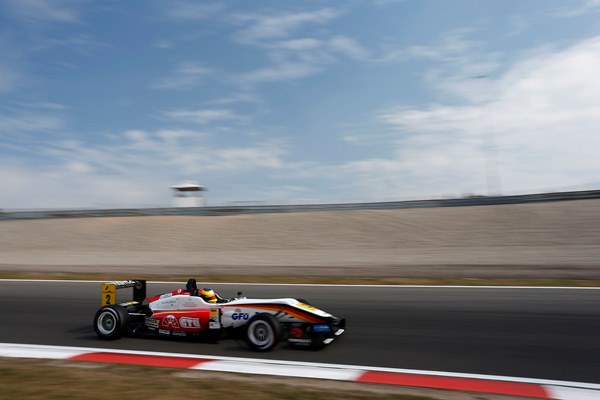 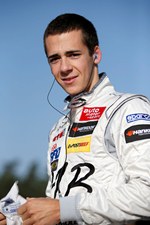 Like fellow ADAC Formel Masters graduate Pascal Wehrlein, Muller put in a good rookie season in the most competitive F3 series. At just the second round of the season at Brands Hatch he was second in the reverse grid race, and effectively the Euro Series winner behind guest driver Jazeman Jaafar. Further podium finishes then followed at Spielberg and the Nurburgring.

Then at Zandvoort Muller claimed a double pole position, but failed to come away with a maiden outright win. Beaten off the line in race one, he was eliminated in race two when he slammed the brakes on at the safety car start and consequently rear-ended by teammate Raffaele Marciello. Dusted himself off for another podium at Valencia before finally getting that victory in the reverse grid race at Hockenheim.

Muller looks set to remain with Prema for a second season in what will become the FIA F3 European Championship, and will want to pick up regular race wins if he can’t match the likes of Marciello or Wehrlein in the title race.

Season highlight: His double pole position at Zandvoort, which probably wouldn’t have been expected at the start of the year. 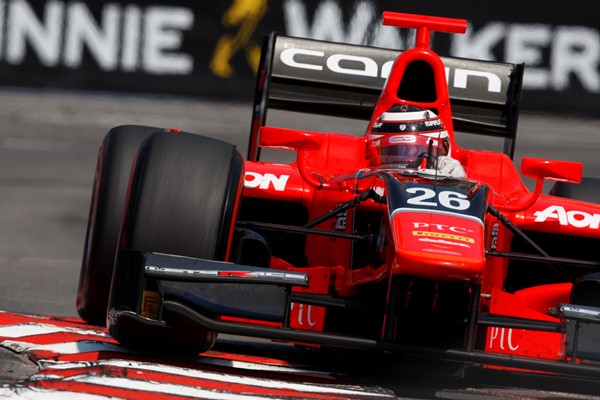 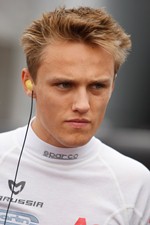 Now on the verge of an F1 seat, Chilton finally showed that he might just be worthy this year. Off the back of a difficult couple of previous campaigns in GP2, he was immediately on the pace this time around and was consistently amongst the best qualifiers and a points regular during the first half of the year.

He had a couple of dodgy rounds mid-season, but then delivered his maiden pole position in Hungary and converted it into that first win. Another pole followed at Monza, and although he only finished fourth that time around he made amends next time out by winning the feature race at Singapore, days after being announced as Marussia’s reserve driver. But while his results were good and the pace was evidently there, serious doubts remain over his ability in racing conditions, where he certainly lacks something to say the least.

There’s no doubt that money has got Chilton his impeding Marussia chance, but he has at least shown this year that he’s capable enough to drive at that level. In fact, he’s such a strong qualifier that beating Timo Glock on Saturdays shouldn’t be ruled out.

Season highlight: Winning in Singapore and doing all he could to prove the doubters wrong following the announcement of his reserve role. 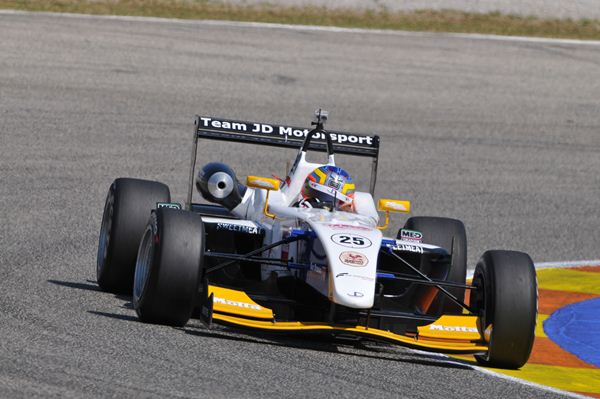 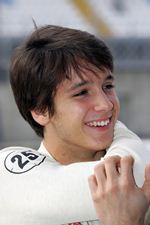 As a young man who had only finished eighth in Formula Abarth in 2011, there were several more exciting names on the entry list than Agostini as Italian F3 kicked off for 2012. Yet come round two at the Hungaroring he was on pole and winning a race in the usually-unfancied Mygale chassis.

A run of podium finishes followed before three wins in the space of four races, and Agostini had become a true title contender against more-experienced Prema duo Eddie Cheever and Brandon Maisano. Victory and two other podiums at the penultimate weekend at Vallelunga put him in pole position, and although he secured the rookie and Italian classification it seemed an error in the last race had handed the European title to Cheever. A mass exclusion of the Dallara runners however gave Agostini the race win and the crown.

This campaign has marked Agostini out as one to watch, and it must be remembered he’s only 18, but it will be how he does in his next move that will determine just how good he is. Already showed great pace in a Formula Renault 3.5 test.

Season highlight: Double victory in a dominant weekend at Spielberg that moved him into title contention. 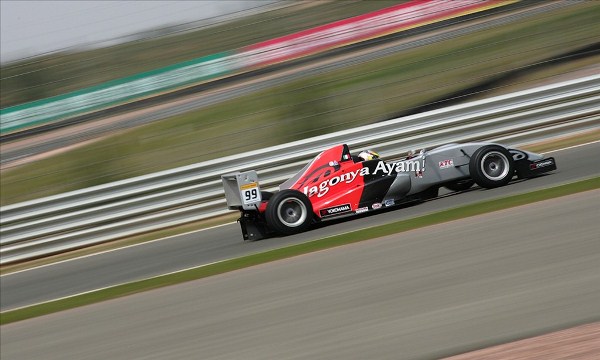 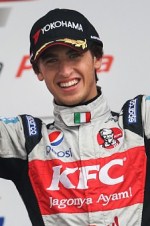 Little was known about Giovinazzi when he arrived in Formula Pilota China out of karts, and after making a solid start over the first couple of weekends he emerged with a double win at round three at Ordos before later securing a dominant treble in the penultimate weekend of the season at Sepang to get himself one hand on the silverware before next weekend’s return to Malaysia.

But perhaps Giovinazzi’s greatest achievement this year was his guest performance in the Formula Abarth finale at Monza. An off in qualifying left him starting race one from the back but he stormed to the front in heavy rain to win. In race two he went from sixth to second and then won race three from fifth on the grid.

What comes next for Giovinazzi remains to be seen, particularly given that he seems to be relying upon funding from his teammate Sean Gelael’s backers including the Indonesian arms of KFC and Pepsi. But whatever he gets, expect him to go well. 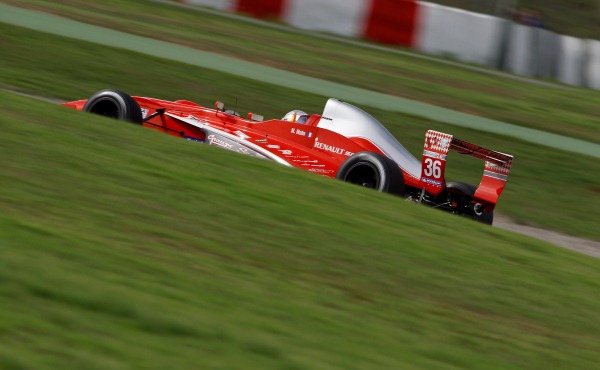 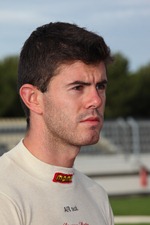 Nato flew out of the blocks in his second season of Formula Renault 2.0, taking charge of the Alps title race with his win on the streets of Pau followed up by a double victory at Imola. He pushed Daniil Kvyat all the way to the end and their clash in the final race at Barcelona, but ultimately his tally of four wins didn’t hold up to Kvyat’s seven.

Nato’s Eurocup campaign also began brightly with two top fours at Aragon being followed by a win at Spa – the only race from the first six weekends of the campaign not won by Kvyat or Stoffel Vandoorne. After finishing second to Vandoorne at the Nurburgring things fell apart slightly, with three non-scores from the last three races relegating him to fourth in the standings behind finale victor Oliver Rowland.

It was announced earlier today that Nato will race in FR3.5 for DAMS next year, having put in some rather promising performances in post-season testing. 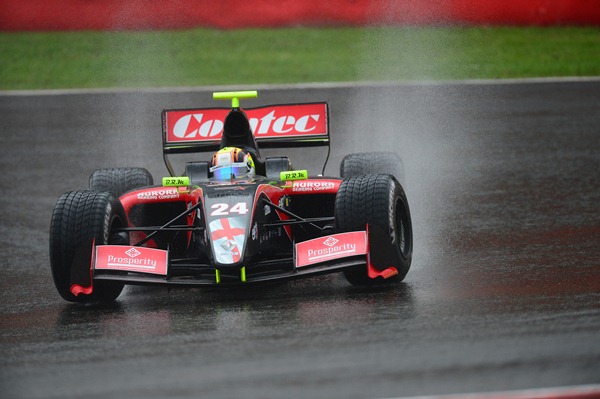 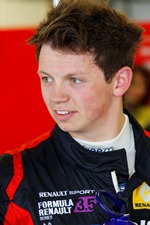 With a tough GP3 campaign in 2011, Yelloly had largely been under the radar coming into the year. His first FR3.5 races at the end of last season however did signal some promise, and the Englishman firmly delivered on that by becoming an unlikely winner of the season opener at Motorland. He later followed that up by being the first man on the high-quality grid to win twice, at the Nurburgring.

While his Spanish success came in dry conditions, that Nurburgring victory came in wet conditions that he seemed to excel in. His other two podium finishes came in rain-affected races at Spa and Paul Ricard, finishing second to highly-rated F1 testers Magnussen and Antonio Felix da Costa respectively. Unfortunately, Aragon aside, he couldn’t replicate that pace in dry conditions, contributing to low-key weekends in Russia, Hungary and Catalunya.

The aim for Yelloly will be to return to FR3.5 again next year, hopefully with a bigger-name team, and fight for the title.

Season highlight: Leading the season opener from start to finish, holding off a later-excluded Jules Bianchi. 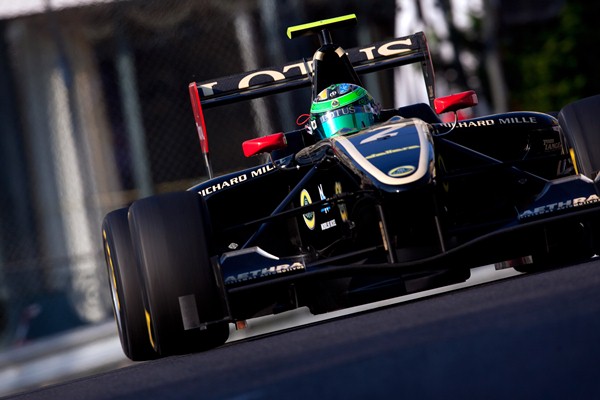 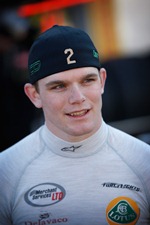 Moving onto the all-conquering Lotus team after a solid learning year in 2011 with Carlin, Daly became a leading contender just as expected. Things started well with a reverse grid victory at Barcelona that certainly boosted his profile, as he did in Monaco for totally different reasons. His aerial shunt was a consequence of a poor start, and prolonged a run of penalties that continued through the next round in Valencia and left him playing catchup.

He got himself sorted in time for a mid-season sweet spell that featured three podium finishes from as many races through Silverstone and Hockenheim, but couldn’t maintain that form over the rest of the year and finished up a little way short of his two teammates.

Daly tested in Formula Renault 3.5 post-season and, seemingly without the budget to do GP2, is working on a deal to race in the series in 2013.

Season highlight: His Barcelona win – his first victory in Europe. 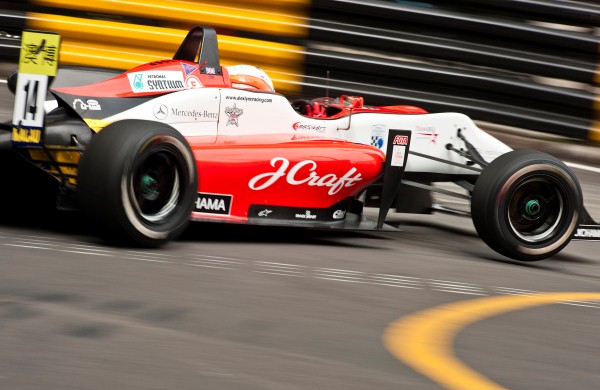 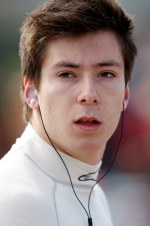 Last year’s dominant Formula Renault UK champion enjoyed a good debut season in Formula 3, although he didn’t quite live up to the high expectations that followed his previous success. The pace was there as he showed by often topping the timesheets in test sessions, but he was out-scored by his lesser-rated teammate Felix Serralles.

Add to that it took him until the penultimate weekend at Silverstone for him to convert his speed into a pole position and a win, and even then he needed two bites of the cherry after a penalty for a jump start lost him victory in the weekend’s first race before setting the record straight in race three. It was at Macau though where Lynn really shone, taking a shock pole position before finishing the two races in a fine third place on his first appearance.

Over that weekend it was announced that Lynn has signed for Prema for next year’s FIA F3 European Championship. It will be his first time racing outside of a British series and away from the Fortec team, but Prema are one of the best around and he should be a leading contender. 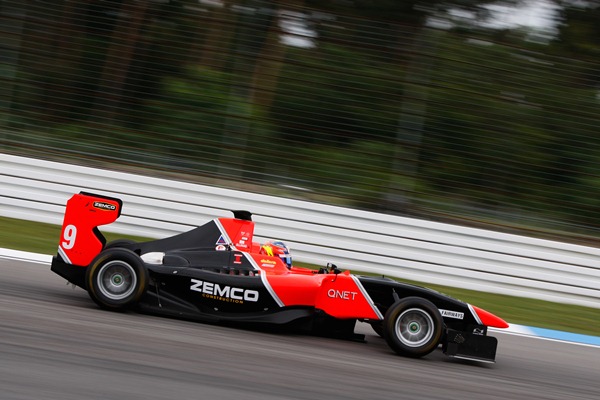 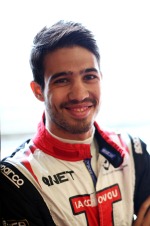 Ellinas arrived in GP3 out of Formula Renault UK having put in some impressive times in pre-season testing that made him look like a dark-horse in the title fight. That wasn’t to be the case, but he still had a promising rookie season that ended on a very high note.

A combination of slightly lacklustre qualifying results, on-track incidents and technical infringements kept him off the podium for the majority of the season, but he came good at Monza. Despite a first corner incident, he came through to finish second in race one and then went one better in race two as he triumphed in an epic battle with title contender Daniel Abt. On top of that he bagged himself an F1 test for next year having finished top of Marussia’s drivers – even though his teammates didn’t put up much of a challenge.

Ellinas has looked unsurprisingly quick in post-season testing and has to start the 2013 season as one of the favourites in GP3.

Season highlight: Monza – the perfect way to end his rookie season ahead of his second-year title assault.

The third part of our countdown will be on site next week. Click here to view part one.