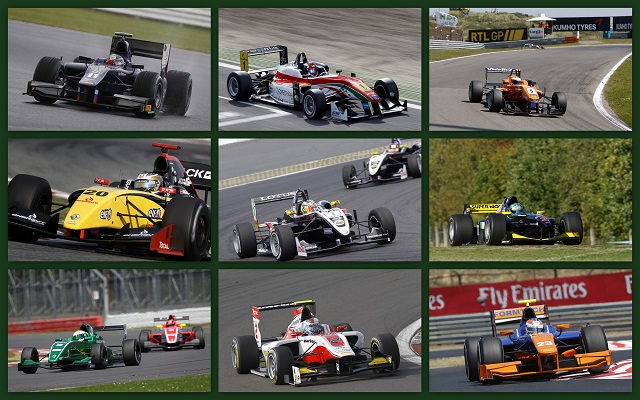 2013 for junior single-seater teams turned out to be a landmark year, as, while many established squads managed to build on their past successes, a number of capable newcomer entries with unexpectedly strong lineups managed to make their mark.

In GP2, rookie teams Russian Time and Hilmer secured a combined nine victories, with the former edging out established frontrunners at Carlin for the teams title. Meanwhile, GP3 saw the arrival of Koiranen, who managed to reliably challenge the usual dominant forces of ART and MW Arden.

Still, the status quo was maintained in other championships. FIA F3 saw a repeat of the Mucke v. Prema fight, with the Italian squad coming out on top after a very strong year. AutoGP was again dominated by Super Nova, who remained consistently untouchable despite the introduction of new machinery. The two main Formula Renault championships saw French squads DAMS and Tech 1 secure both the drivers’ and the teams’ titles in 3.5 and 2.0 respectively.

Over the following pages, we outline the six most impressive teams of this year in junior single-seaters.