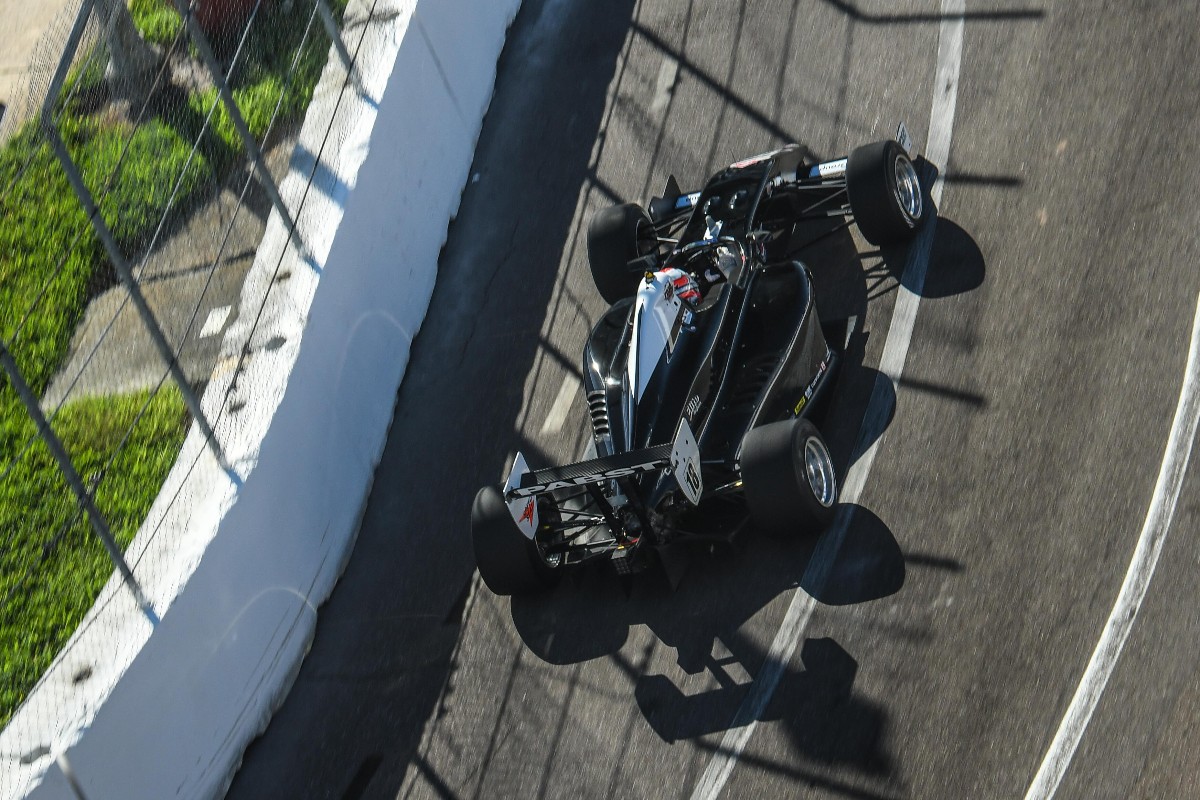 Hunter McElrea will follow on from his victory in the 2020 Indy Pro 2000 season finale with another full campaign in the series with Pabst Racing.

The Kiwi-American won the Australian Formula Ford title in dominant fashion in 2018, and then moved to USF2000 with Pabst as a result of success in the the $200,000 Road to Indy Shootout.

In USF2000 he won four races and just missed out on becoming champion, which put the expected step up to IP2000 initially in doubt. He found a seat at Pabst, and came fifth in the series in his rookie season.

“I’m really excited to be back with the Pabst Racing team for the 2021 Indy Pro 2000 championship,” said McElrea.

“Last year was a year full of learning and development, and I can’t wait to put it to use this year. We showed that we are a winning combination, and I’m aiming to continue this into 2021.”

The St. Petersburg race winner is Pabst’s first signing for 2021, as 2020 USF2000 runner-up Eduardo Barrichello decided to switch to Formula Regional European Championship with JD Motorsport over a step up to IP2000 with Pabst.

“Having concluded our first Indy Pro 2000 season with a one-two finish at St. Pete 2020, we’re thrilled to maintain the team continuity with Hunter for 2021,” Pabst team owner Augie Pabst said.

“His commitment, both in and out of the car is second to none, coupled with everything we learned last year, I’m looking forward to continue right where we left off in 2020.”

The first round of the IP2000 season takes place at Barber Motorsports Park on April 17/18.