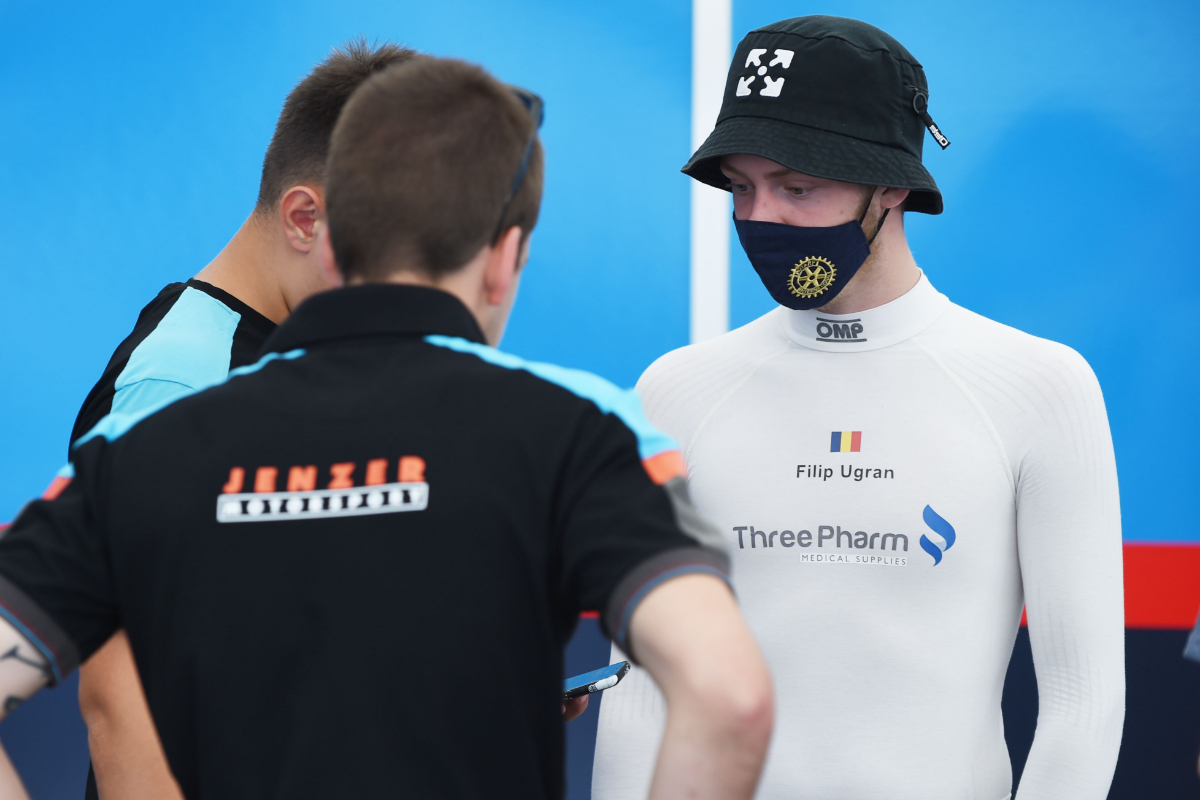 Jenzer Motorsport has promoted Romanian talent Filip Ugran from its Formula 4 squad to its FIA Formula 3 Championship line-up for this year.

Ugran has spent the past two years racing in various F4 series in Europe with Jenzer, and was a winner in Italy and Spain in 2020.

Missing an Italian F4 round due to travel issues threw off his title challenge there, while his two Spanish F4 wins came in just one series appearance.

“I am extremely pleased to announce that I will be competing for Jenzer Motorsport in the FIA F3 season,” said Ugran.

“I have been competing for this amazing team in the 2020 season and I am very glad about the achieved results. I cannot wait to be back on a circuit soon.”

The 18-year-old drove for Jenzer in both FIA F3 post-season tests late last year, and was long anticipated to move up to F3 with the team. He joins sophomore racer Calan Williams and Pierre-Louis Chovet, who recently starred in Asian F3, in Jenzer’s line-up.

“We are very motivated that Filip, a driver with whom we have already worked successfully for one season, is entering the FIA F3 championship with us,” Jenzer’s team principal Andreas Jenzer said.

“Filip won’t have it easy as a rookie, so it’s definitely an advantage that we already get along very well. Filip has prepared seriously and we will work hard together. We look forward to an exciting season.”

There are five seats on the FIA F3 grid yet to be announced, with Charouz Racing System having not named any of its drivers although Reshad de Gerus has already spoken publicly in advance that he will be racing for the team.