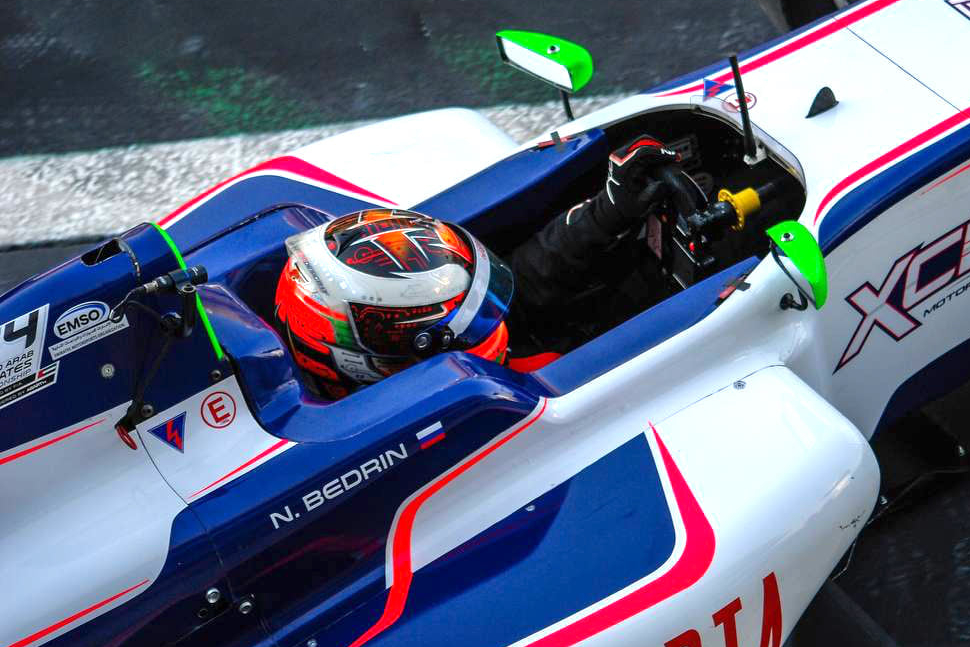 The Russian was one of the star rookies of senior karting in 2020, winning the WSK Super Master Series and Champions of the Future titles in OK karts, as well as finishing fourth in WSK’s Champions Cup and Euro Series.

He made his first car racing appearances in F4 United Arab Emirates last month with Xcel Motorsport, and picked up one podium from the three rounds he raced in. The 15-year-old now embarks on a full campaign in Italy and select ADAC rounds.

“I am pumped about all that’s heading my direction, already now, but also in the near future,” said Bedrin.

“I’m currently working with the VAR team to get fully prepped for the start of the season. I have to honestly say that it feels very good to be surrounded by a team that is at least as motivated and dedicated as I am.

“I know I’ll have a tough year ahead of me and my focus will be on learning, but being the competitive person I am, I’ll be looking forward to make a difference on the track.

“I literally can’t wait to finally race at all these famous circuits that I know so well from the simulator.”

“We strongly believe that experience in karting is an essential element for successful growth in motor racing,” VAR’s CEO Rob Niessink stated.

“Through talent and extreme dedication Nikita impressed the international crowd by his performances. The step to F4 is big though, especially when it concerns the Italian and German championships.

“Even though there is no pressure for this season, Nikita is extremely eager and currently working hard with our team to get fully prepared.

“It really is a joy to see somebody so young, being so dedicated. Together with Nikita, our guys are very excited to get started and to support him in what is the next step of his career.”

AKM Motorsport has made its first signing for 2021, bringing in Hungarian karting graduate Levente Revesz.