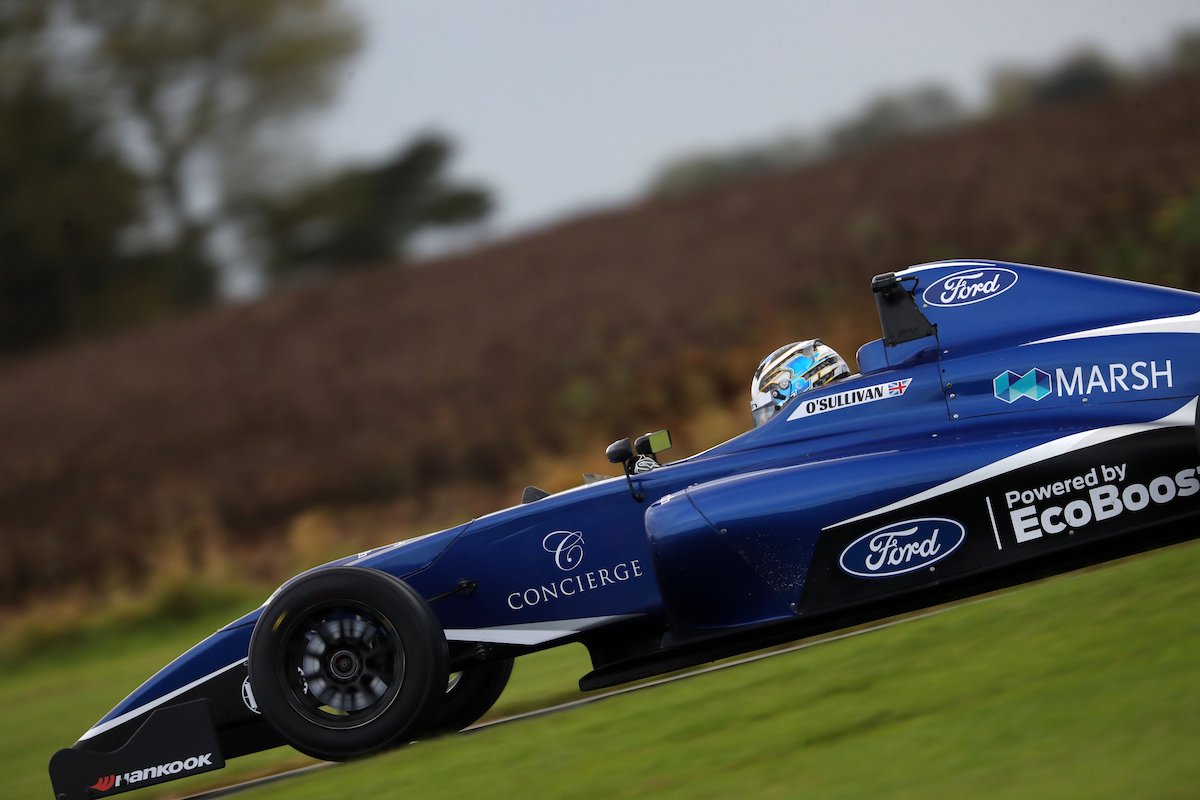 Zak O’Sullivan cut Luke Browning’s British Formula 4 lead to three points with victory in race one at Snetterton ahead of a charging James Hedley.

Browning kept the lead from pole position at the start, but his advantage over O’Sullivan was just 0.192 seconds at the end of the first lap.

Carlin driver O’Sullivan found a way past his Fortec-run rival before they got to the back straight on lap two, and Browning was quickly shuffled down the order – crossing the line at the end of the lap side-by-side with Christian Mansell for fourth place.

Alex Connor moved up into second place while Hedley climbed to third having started down in ninth on the grid. Connor then spun at Nelson on lap three and dropped to the back, promoting JHR Developments driver Hedley into second.

O’Sullivan now had a 1.5-second advantage up front, and although Hedley managed to reduce that, the leader held on to clinch his seventh win of the season.

Having managed to edge back in front of Mansell, Browning took third, ensuring he remains out front in the championship.

Mansell held off Abbi Pulling and Casper Stevenson to take fourth, with Pulling putting a move on championship contender Stevenson in the middle of the race to demote the Argenti Motorsport driver to sixth.

Connor recovered to ninth in the end after setting the fastest lap, just behind his Arden team-mates Roman Bilinski and Frederick Lubin.