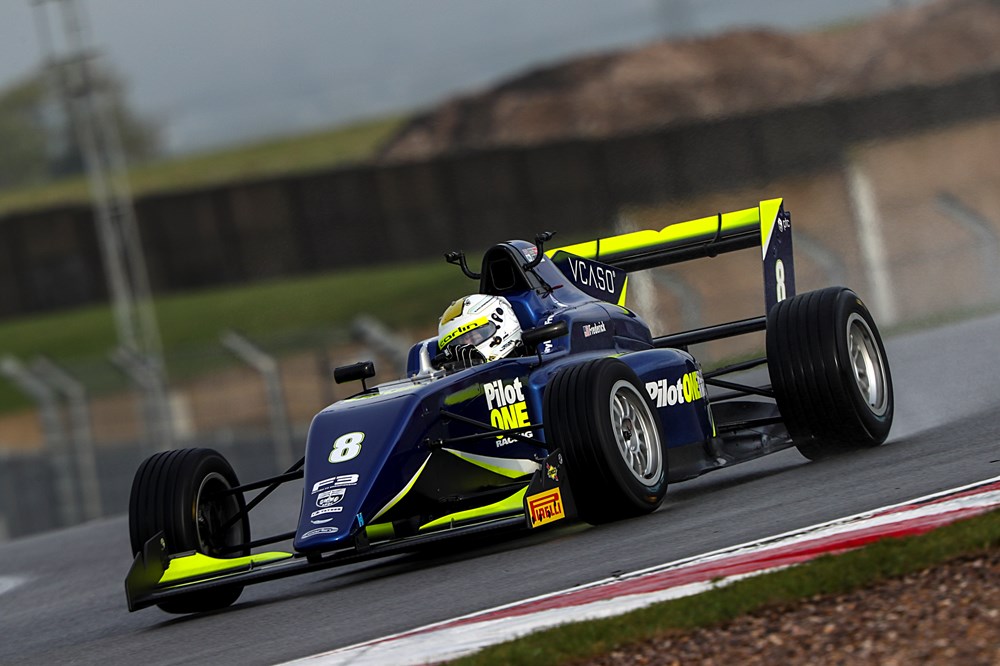 Kaylen Frederick grabbed pole position for both race one and three of the penultimate BRDC British Formula 3 round on Donington Park’s National layout.

The American driver, who goes into the weekend second in the points and only nine behind leader Kush Maini, consistently set quick laptimes during qualifying.

With around six minutes left in the 20-minute session, Frederick set what ended up being the second-fastest lap in the session before improving further on that a lap later.

He had a gap of 0.145 seconds to Hillspeed’s Oliver Clarke, who managed to set his lap late into the session to start on the front row for race one. Just 0.156s separated Clarke’s fastest time from CDR’s Josh Skelton who qualified down in 10th.

Clarke’s team-mate Sasakorn Chaimongkol left it to his last lap to qualify third for the opening race of the weekend ahead of Belgian driver Ulysse De Pauw.

Louis Foster, who sits third in the points, will start race one from eighth, with the fifth row of the grid being occupied by Maini and Skelton.

The order was mostly unchanged from the second-fastest laps that set the grid for race three, with Frederick again on pole. Faria dropped from fifth to eighth and Azman from sixth to seventh, while Ushijima and recent Euroformula race-winner Foster earned row three spots.