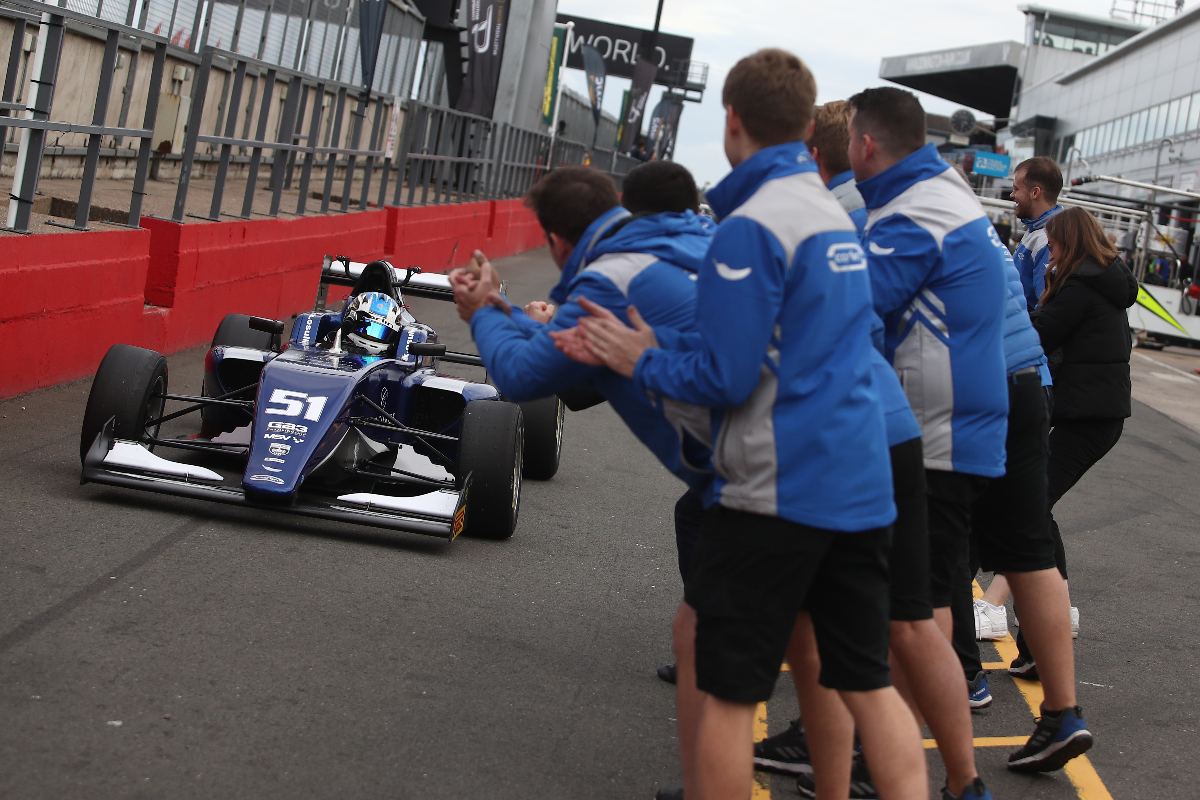 GB3 champion Zak O’Sullivan took his second victory of the weekend at Donington Park with a dominant wet weather display in race two.

Conditions resulted in the race starting behind the safety car, with poleman Reece Ushijima leading into Redgate when the green flags were shown on lap three.

A few corners later, O’Sullivan moved up the inside of Horsten’s team-mate Ushijima for the lead at Old Hairpin, completing the move into Goddards, and pulled out a three second lead within one lap.

From there, he controlled the race to take his seventh victory of the season by 7.3 seconds from Ushijima, with Christian Mansell making it two Carlin drivers on the podium by finishing third. It also clinched the outfit the teams’ title.

Mansell snatched third from Horsten on the final lap at Coppice, and is now level on points with Chris Dittmann Racing’s Ayrton Simmons, who came home fifth.

Roman Bilinski finished sixth after Simmons pulled a brave overtake on the Arden driver around the outside of Coppice with a few laps to go.

Carlin’s Bryce Aron also produced a strong performance, climbing from 13th to finish a second behind Bilinski in seventh.

CDR’s Branden Lee Oxley was eighth ahead of Alvarez, who lost further ground at Fogarty early on before coming out on top in a wheel-to-wheel battle with Fortec Motorsports’ Roberto Faria.

Elite Motorsport’s Tom Lebbon was the last of the finishers after pitting for a new front wing following contact with Faria, while an issue forced Hillspeed’s Jonathan Browne to retire in the pits.