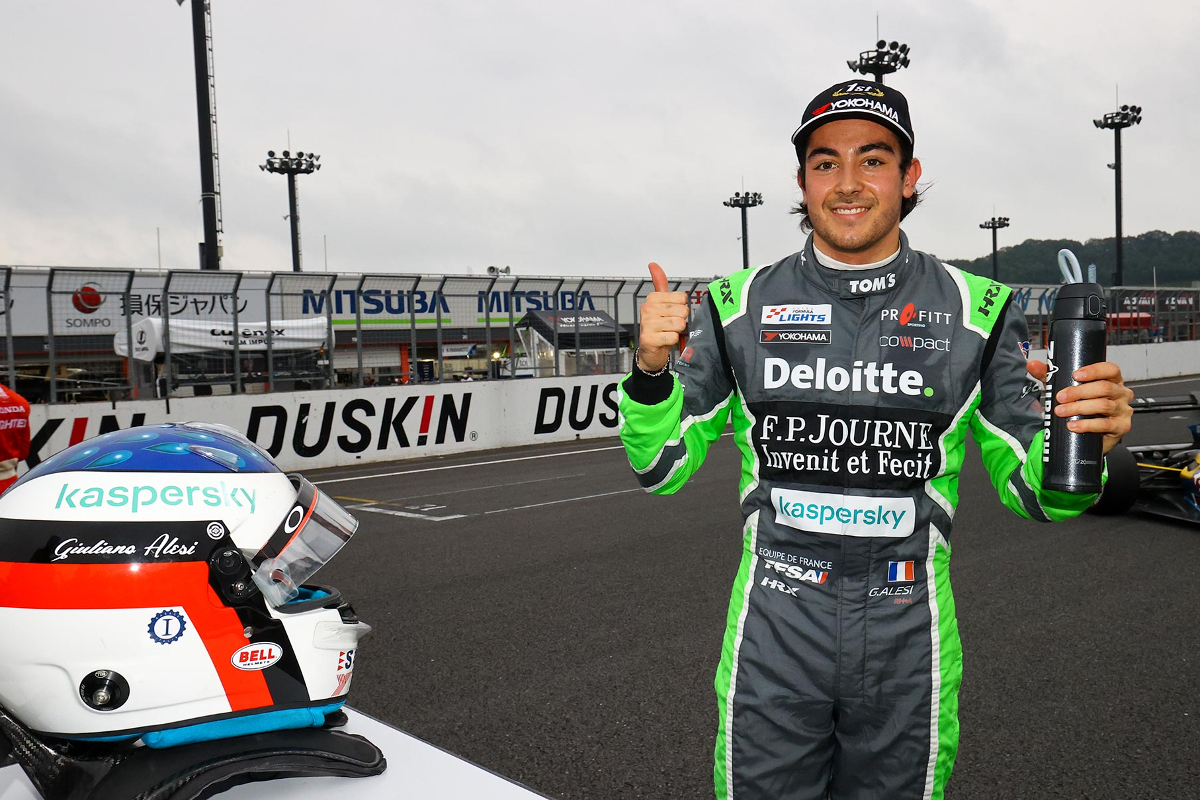 Giuliano Alesi made up for the sourness of title defeat in Super Formula Lights by ending the season with his fourth series win.

The TOM’S driver led from start to finish at a wet Twin Ring Motegi which, despite the lack of rain during the race, had periods of dangerously low visibility.

Ren Sato stalled on the grid from the front row, ending his hopes of victory, while newly crowned champion Teppei Natori had to take avoiding action around Sato’s stationary Toda Racing-run car at the start and that also cost him.

That meant Rn-sports’ Atsushi Miyake was the driver in second place through lap one, and he was able to hold onto that position through the longer 20-lap race despite late pressure from TOM’S driver Kazuto Kotaka.

By the end of the race they had Sato on their tail, in a dramatic race for the Honda junior. He fell to seventh with his startline stall, but spent the early running in sixth applying lots of pressure to RS Fine’s Shunsuke Kohno after Natori aquaplained off from what was the position ahead of Sato.

But Sato then had his own off, skating into the gravel at the turn 10 hairpin but getting back on track without losing a spot as visibility decreased.

Alesi made a similar error and with similar consequences, returning to track just ahead of Miyake, before pulling away once again over the second half of the race.

Sato’s chase of Kohno meanwhile didn’t come good until lap 13 when he dived down the inside of turn four, and he then set chase on TOM’S rookie Hibiki Taira. Once he got to him there wasn’t too stern a defence for position, and Sato was clear to track down the top three in the final laps.

Miyake met the chequered flag a massive 19.449 seconds behind Alesi, and with Kotaka and Sato within 2.5s of himself.

Natori’s recovery halted when he got behind B-MAX Racing team-mate Seiya Jin, and meant he finished outside of the points places in eighth.