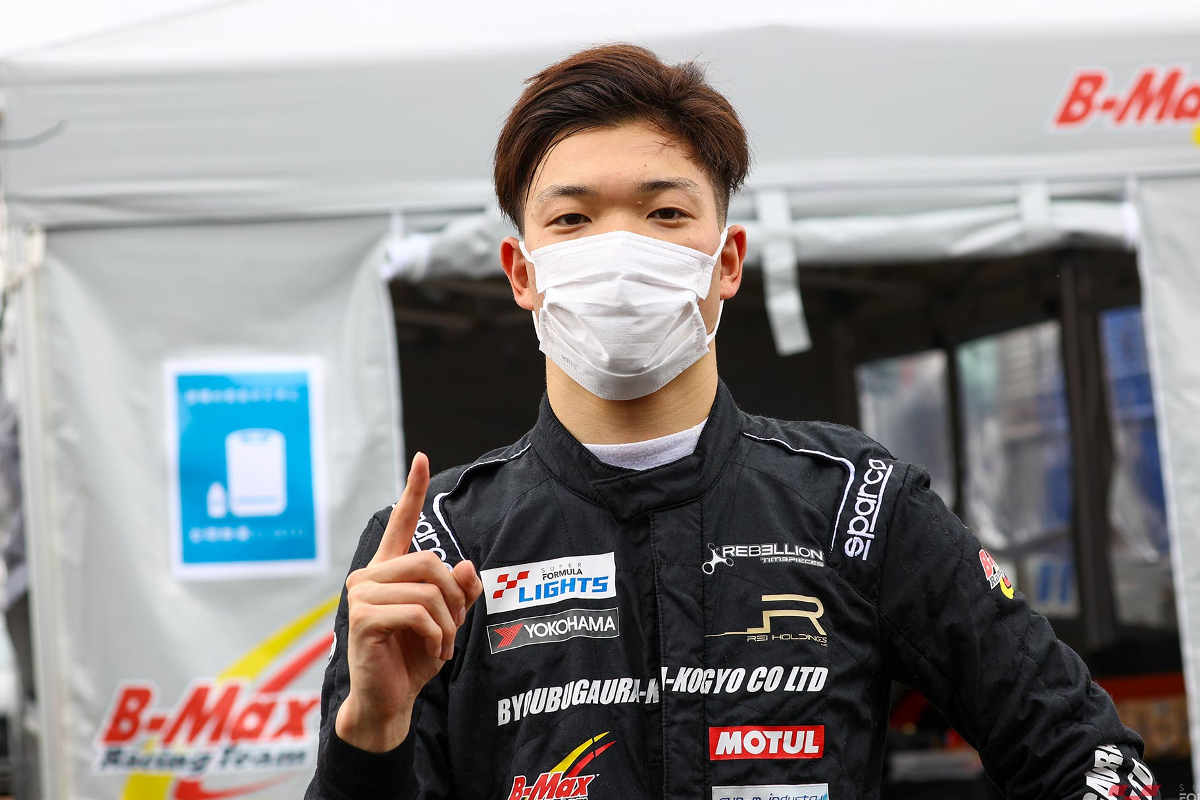 The Super Formula Lights title fight came to a dramatic crescendo in the penultimate race of the season at a wet Twin Ring Motegi, with Teppei Natori provisionally being crowned.

Points leader Natori started just behind title Giualiano Alesi on the front row of the grid, but both made slow starts in the torrid weather conditions and were jumped by Toda Racing’s Ren Sato off the line.

While Honda junior Sato raced away for his fifth series win, and fourth at Motegi, Natori first attempted to pass Alesi around the outside of turn one, and then down the inside of the turn two left-hander.

He managed to make the move stick, but his front wing went into Alesi’s front-left tyre and caused it to delaminate. It sent the Frenchman, who had crowdfunded his entry for the weekend and won Saturday’s race, straight to the back.

Alesi was able to drag his car to the pits, but lost two laps in the proccess as he then had the tyre changed, while Natori sat comfortably in second and en course for the title.

On lap six of 14 though he was given a drive-through penalty for his contact with Alesi, and when he took it two laps later he fell to the back of the pack of drivers still on lead lap. He seemed to have some issues with his front wing dragging though, and returned to the pits a lap later to have it replaced in what was a lengthy stop.

Natori was firmly out of the points, it still wasn’t enough for Alesi even though he picked up the point for fastest lap.

Sato’s win means he could also surpass Alesi for second in the standings in the final race.

Finishing 13.659 seconds behind Sato in second place in the race was TOM’S returnee Kazuto Kotaka, who in just two races has already climbed to eighth in the standings.

He made an early escape to secure his first podium since the 2020 season finale, with RS Fine’s Shunsuke Kohno doing well to finish third.

Atsushi Miyake initially fought with Kohno, but faded to sixth behind Hibiki Taira (TOM’S) and Seiya Jin (B-MAX Racing), who made a strong pass for fifth and immediately pulled away from Miyake after hassling him for some laps.