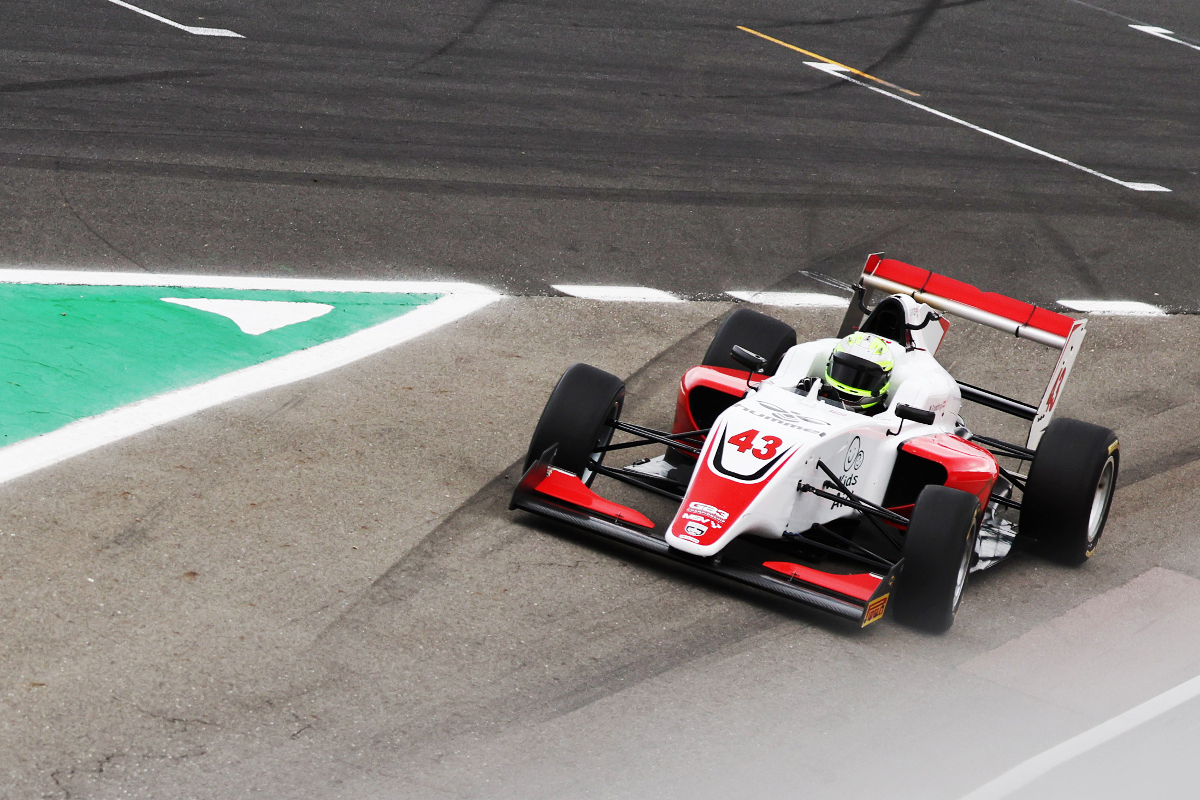 Mikkel Grundtvig took his second GB3 victory in the final race of the season at Donington Park, the last using the Tatuus MSV F3-016 chassis.

Having started from the front in the reversed-grid encounter, the Fortec Motorsports driver led into Redgate and controlled the 12-lap race to triumph by 0.958 seconds over Chris Dittmann Racing’s Alex Fores.

Second was a best ever finish for Fores, who made a return to the series this weekend after competing at the Brands Hatch season opener.

Frederick Lubin scored his second podium in as many races by finishing third, having passed front-row starter Reema Juffali early on.

Juffali held on to fourth for Douglas Motorsport for several laps but, after coming under pressure from Elite Motorsport’s Tom Lebbon through the Craner Curves, made a mistake at Old Hairpin and tumbled out of the top 10. A five-second time penalty for track limits further compromised Juffali’s race.

Lebbon pipped Hillspeed’s Jonathan Browne to fifth by 0.2s, with Hitech GP’s Sebastian Alvarez surviving an eventful race in the midfield to come home a further 0.3s behind in seventh.

Zak O’Sullivan ended his title-winning campaign with a sold drive to eighth from the back of the grid, with Roman Bilinski just behind in ninth for Arden.

The main contenders for second in the championship all hit trouble in the race, but it was Ayrton Simmons that became title runner-up with a 10th place finish, despite losing his front wing and three positions on track in the closing stages.

Christian Mansell avoided contact after an early off at Old Hairpin, but the Carlin driver was then involved in a collision at Macleans which put Elite Motorsport’s Javier Sagrera out of the race and he eventually came home 16th.

Reece Ushijima was the last of the finishers in 20th for Hitech after suffering a puncture on the opening lap.