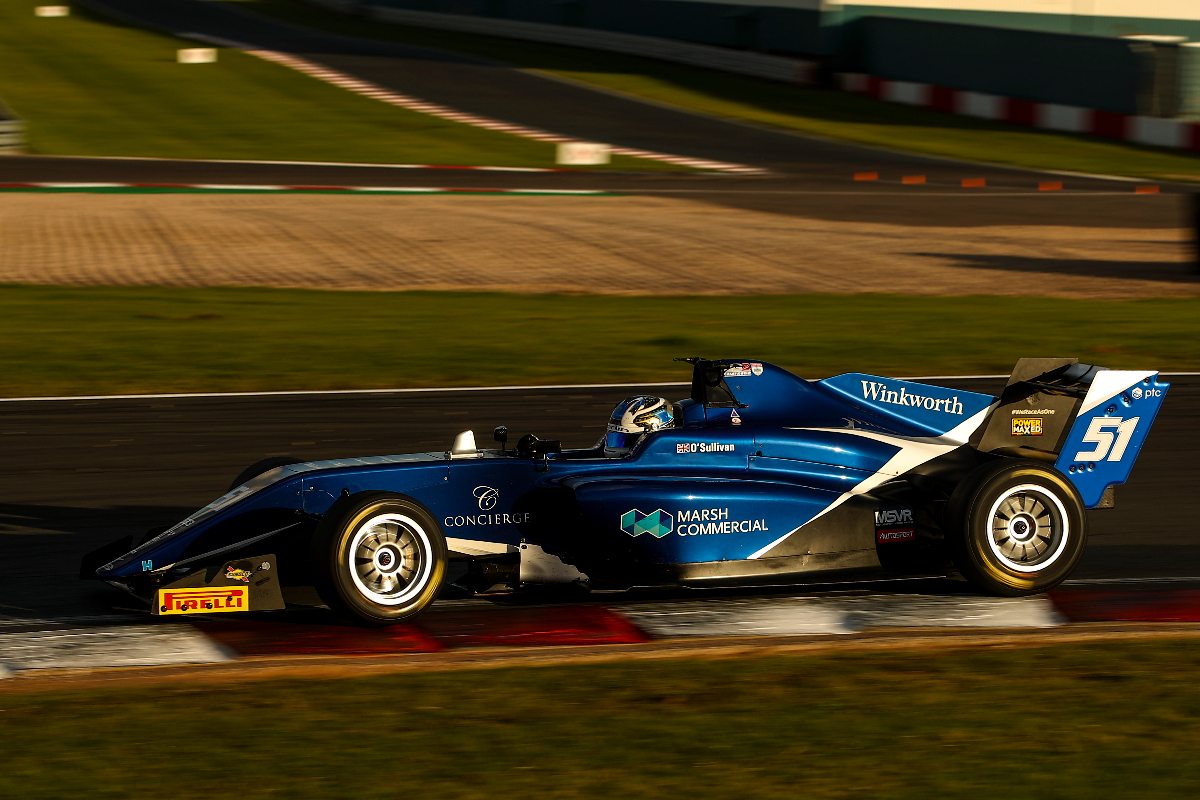 Newly-crowned GB3 champion Zak O’Sullivan took his sixth victory of the season after a chaotic start to the opening race of the weekend at Donington Park.

The Carlin driver led away from pole into Redgate, and resisted pressure from the fast-starting Reece Ushijima through the Craner Curves to remain in front before the safety car was deployed at the end of the lap following a number of incidents.

Front-row starter Bart Horsten lost out to Hitech GP team-mates Ushijima and Sebastian Alvarez off the line, but contact with the latter at Redgate left Horsten with a broken front wing and requiring a visit to the pits.

Alvarez was then rear-ended at Macleans by Carlin’s Christian Mansell, putting him out, with Ayrton Simmons (Chris Dittmann Racing) and Roberto Faria (Fortec Motorsports) both dropping to the back of the field by taking avoiding action through the gravel.

As the safety car was deployed, Reema Juffali was collected at Melbourne hairpin by Douglas Motorsport team-mate Tommy Smith, who was unable to downshift due to a mechanical issue, putting both cars out.

O’Sullivan controlled the remainder of the race after the resumption to win by 0.961 seconds from Ushijima, who kept himself in the leader’s mirrors throughout. With the lap one issues for his rivals, Ushijima has moved into fourth in the standings and is now just 15 points behind Simmons in second.

Arden’s Roman Bilinski was a further six seconds back in third and just half a second ahead of CDR’s Branden Lee Oxley, who scored his best result in GB3 so far.

Simmons came home 11th after the first-lap mele, with Mansell 12th and Faria 13th. A wheel-gun issue during his early stop resulted in Horsten returning to the pits to fix a wheel issue and was the last of the finishers.