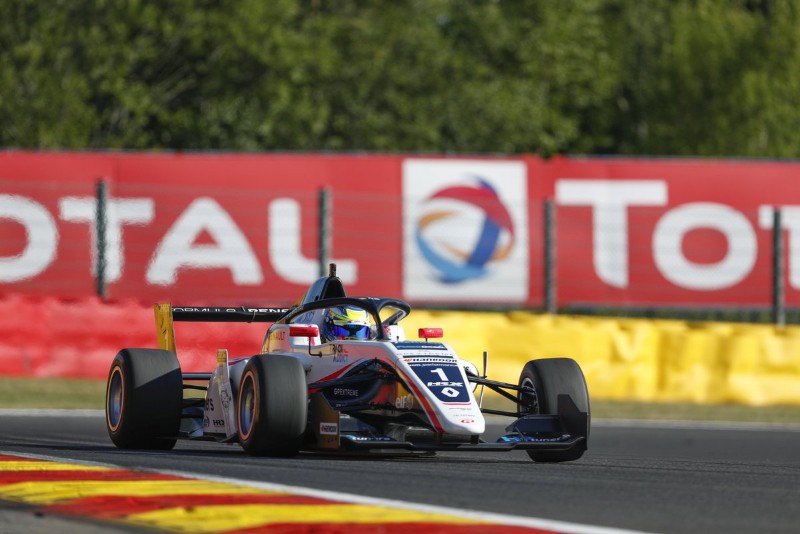 As the track cooled slightly from the high temperatures that hit the test sessions earlier in the day, the lap times improved and in succession Brad Benavides (FA Racing by Drivex), Lorenzo Colombo (MP Motorsport), Fernandez and Leonardo Lorandi (JD Motorsport) went quickest.

Lorandi and Fernandez stayed unchallenged at the top for a while, as Global Racing Service’s Xavier Lloveras crept up to a surprise third.

In the last quarter of the session most of the cars returned to track, and the top spot was traded several times.

Colombo returned to the top briefly before Piastri set his best lap and a red flag was brought out for a crash by Fernandez.

The session did not restart afterwards, leaving R-ace GP’s Piastri, Colombo and M2’s Kush Maini at the top.