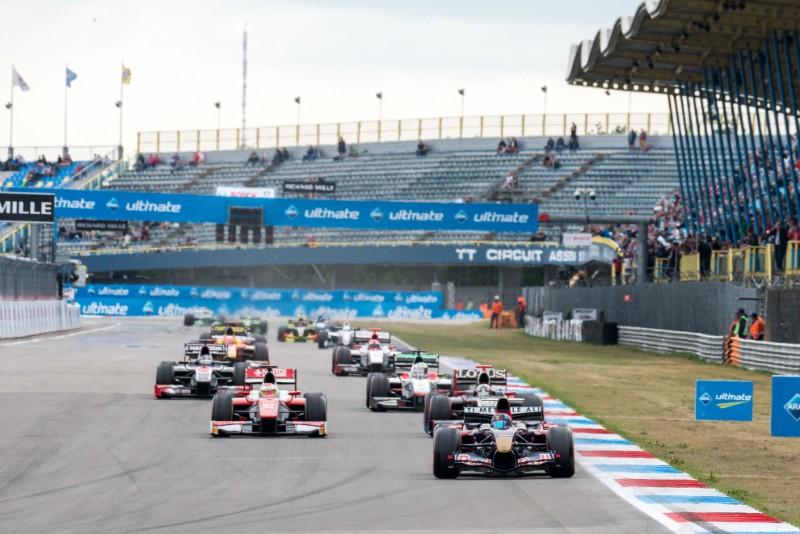 Remember when a teenaged Formula 1 driver was one of the finalists in the Aston Martin Autosport BRDC Award? No, not Lando Norris. We’re thinking back to Scott Mansell, who won the 2004 EuroBOSS title in dramatic style at Le Mans when the gearbox of his 1997 Benetton got stuck in fifth gear.

The six-man Mansell Motorsport operation that ran that Benetton B197, best known for finishing second at the British Grand Prix, is similar to many of the teams in the current BOSS GP series. Mansell’s budget would have got him a top Formula BMW seat at the time, or a season in Formula 4 today.

In 2017, Mansell Motorsport ran 16-year-old USF2000 racer Rinus VeeKay in a second generation GP2 car for three rounds. He finished second in the Open class, while 18-year-old Mahaveer Raghunathan won the title in the Formula class, essentially a successor to Auto GP.

Two years later, VeeKay is fighting for the Indy Lights title and preparing for his first IndyCar test, while Raghunathan is already in F1’s primary feeder series Formula 2. He is objectively the weakest in the field, but his time in BOSS GP has at least prepared him with some relevant experience, and helped to ensure that he has the budget to race in F2.

BOSS Formula – as it was originally known – was launched in Britain in 1995. It stands for ‘Big Open Single Seaters’ and practically caters for any car at Formula 3 level or above. IndyCars have cropped up in the past, and there are still several F1 cars racing in the series today.?With categories already existing for older machinery, all cars are younger than the series itself. 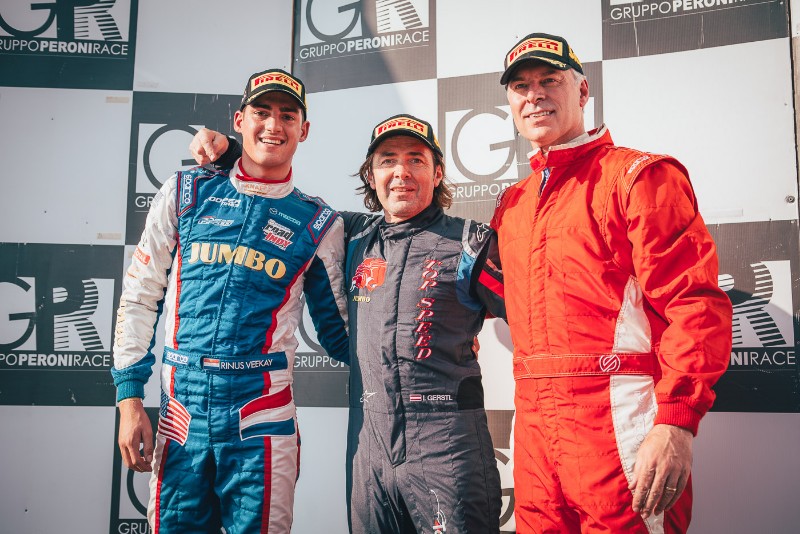 While the series’ motto is ‘the cars are the stars’, it’s actually been the drivers, specifically Klaas Zwart and Ingo Gerstl, that have ensured the championship has lasted 25 years. Dutch businessman Zwart is best known for creating the Ascari supercar brand and race track, and won the BOSS title seven times both as a driver and with his team. Its Banbury premises are now occupied by the Haas F1 team.

The championship underwent an organisational change ahead of the 2018 season, with five-time champion Gerstl at the forefront of the now-Austrian based formula. A new marketing strategy is at play to attract more young drivers, but primarily BOSS wants to “have regulations to ensure the cars are on a track and not in a museum”.

In the Open class, Gerstl’s ex-Viantonio Liuzzi Toro Rosso STR1 leads the way. Its run by his own team Top Speed, with equipment, personnel and sponsors straight from Toro Rosso itself. While some cars are rev limited to extend component life and make driving easier, Gerstl has unleashed his V10-powered car.

“Here you can do what you want as long as you follow the FIA safety rules. More revs, lighten the car, remove F1’s restrictions. And for gentleman drivers down a straight, we need the power,” Gerstl tells Formula Scout.

“Many really like the technical side, so it?s not only driving. It?s the whole feeling of building up the car to driving it.”

Working on Gerstl’s car are two ex-Toro Rosso employees, one who was at the team for 11 years and spent several of them as number one mechanic. When cars are sold to BOSS GP competitors, associated mechanics or engineers often follow suite. 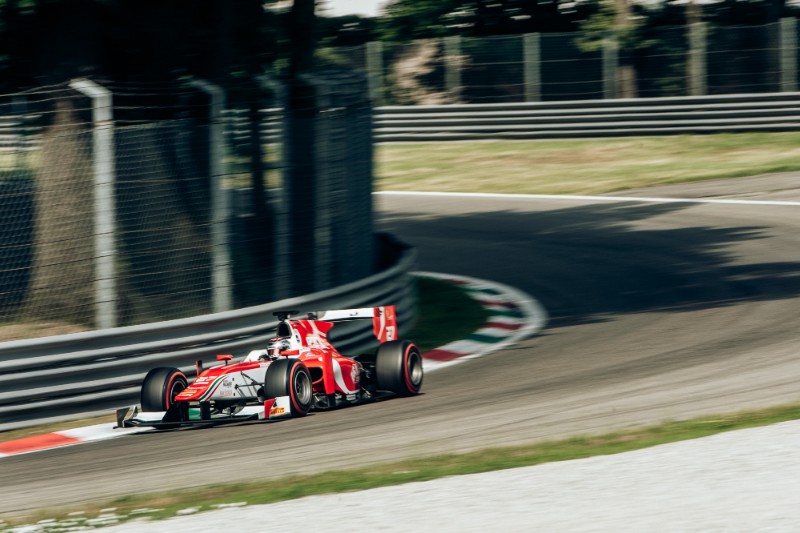 This is most evident in the Formula class, populated by the Dallara GP2/11 car used in GP2 from 2011 to ’17, where many of the team personnel work in BOSS concurrently to junior single-seaters. You can see the benefits young drivers can get not only from learning more powerful cars, but working on relationships with engineers in a low-pressure environment.

The GP2 cars also have some of the most interesting history in the series. Charles Leclerc’s 2017 title-winning car was bought from Prema and is now driven by Marco Ghiotto, uncle of F2 title contender Luca. It remains in much of its original livery, as does the ex-Racing Engineering car currently driven by Salvatore De Plano and formerly pedalled by Alexander Rossi.

There is also Sergio Perez’s previous generation car from 2010, and Renault’s development and roadshow model of the Dallara T05 used in Formula Renault 3.5 from 2005 to ’07. Oddly, it’s adorned in a Williams F1 tribute livery.

While Dallara and Mechachrome still supply spares for the GP2 cars, Gertsl and his F1-driving rivals – including Gerd Thoeny in Gincarlo Fisichella’s famous 2003 Brazilian GP-winning Jordan – often have to take to eBay to look for replacement parts. F1 cars also require a greater level of mechanical understanding, which further explains why there is a healthy GP2 field.

Bar Raghunathan, the merger of Auto GP into BOSS GP’s Formula class has resulted in a GP2 car winning the title each time. This phenomenon is further explained by paddock belief that anyone who can drive a GP2 car quick can do the same in a old F1 car or in F2’s current Dallara F2 2018. 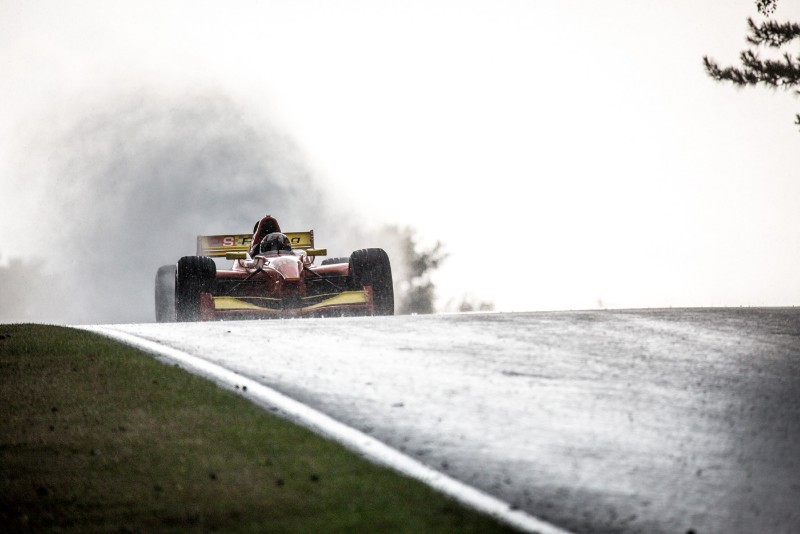 Raghunathan on the way to overall victory at Zolder in 2017

BOSS is loose on testing restrictions, and there are multiple drivers who have discretely made use of this during their junior careers to learn circuits, cars or simply handling high levels of downforce. Romain Grosjean is one of the most high-profile, having ran with Top Speed prior to his F1 return with Lotus in 2012.

The championship wants more of these tests to turn into race appearances, especially when its running on the F1 or DTM support bill. Despite calls to race at Kyalami in South Africa, BOSS has stuck to Central Europe given the logistical complications of going further afield. Next year though, it plans to join the FIA Masters ’70 years of F1′ celebration at Silverstone.

Pirelli supplies BOSS with tyres that have a larger operating window than those in F2, to cater for gentleman drivers, but they retain enough structure from the P-Zeros used there to be a valid reference tool for young drivers.

As much as inexperienced drivers can benefit from BOSS GP, the same applies to engineers whose trackside knowledge may sit lower down the single-seater ladder. Learning the complexity of the engines, gearboxes and set-up options within BOSS’s open regulations can not only help problem-solving on their usual race programmes, but improve their chances of one day working in F1. If a driver and engineer were to follow this strategy together, the potential long-term reward is massive.

While perhaps unknown in junior single-seater circles, BOSS GP has a substantial global fanbase. The speed and sound of the cars immediately grabs the attention of spectators,?even when not driven to the limit, and they hold outright lap records at several circuits.

The wealthy nature of most entrants – Formula class leader Alessandro Bracalente is the reigning Italian F2000 Trophy champion and manager of Italian shoe manufacturer NeroGiardini – means young drivers who impress in the BOSS GP paddock could potentially find new sponsors in their team-mates or rivals.

For many series, the viability of entry for a young driver is now measured in FIA Superlicence points available. BOSS currently offers none, but where else can drivers achieve their dream of racing F1 cars on the way to the series itself? 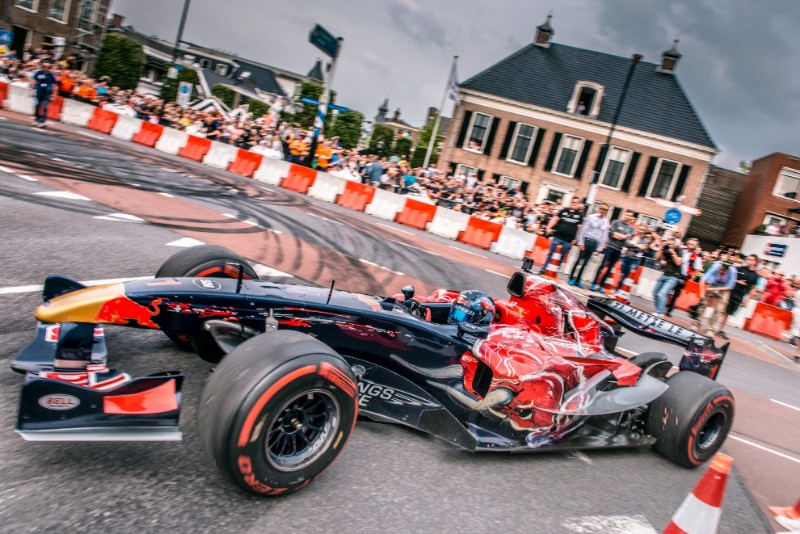