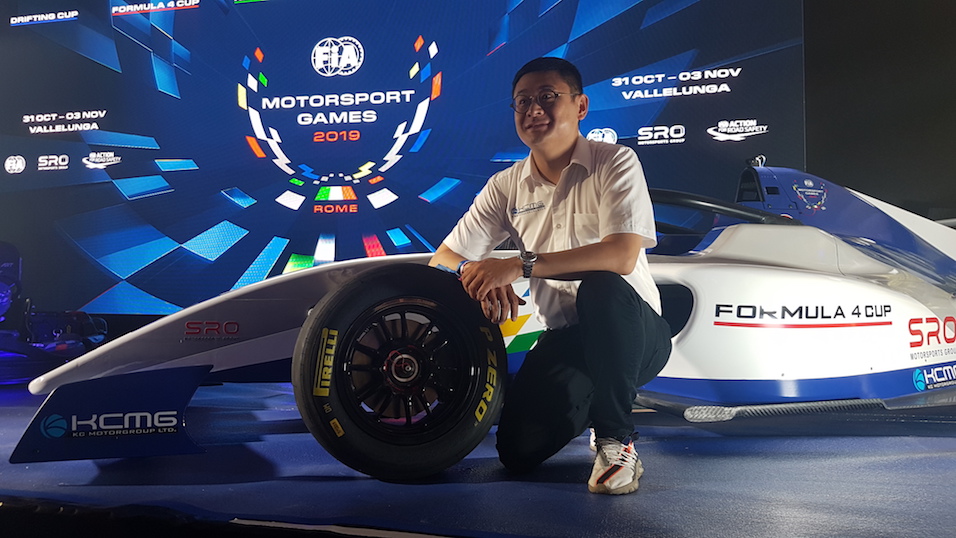 A Formula 4 car featuring a hybrid engine will be raced in the new Olympics-style FIA Motorsport Games at Vallelunga this November.

The Formula 4 event will feature one driver per nation, selected by national sporting federations. Drivers must never have held a ‘B’ grade licence or higher, or have competed in more than two seasons of FIA-certified F4 series.

It will run to an ‘arrive and drive’ format, with all of the cars to be operated by Hitech GP, which was selected for its experience running a similar format in W Series. The maximum running cost is set at ?25,000 per car, including entry fee and insurance.

The car, which will be supplied by KCMG, is the first hybrid single-seater outside of Formula 1, and the first F4 car to meet the latest FIA safety standards including the halo cockpit protection device.

It was unveiled at Spa-Francorchamps on Thursday ahead of this weekend’s SRO-promoted 24-hour race.

SRO chief Stephane Ratel told Formula Scout that the idea for the Motorsport Games has been a ‘dream’ since he watched the Beijing Olympics, and that he plans to take it “around the world” after the inaugural edition at Vallelunga on November 1-3.

The design of the car began at the end of March, KCMG founder Paul Ip told Formula Scout.

“It’s a completely different system [to F1],” he said of the car’s hybrid system, which is paired to an Abarth engine.

“It’s a 12-kilowatt battery, which will assist the turbo in low RPM, just to help get rid of the turbo lag as much as possible.”

Ip explained that the car’s monocoque is constructed at KCMG’s own composites facility in Taiwan before they are assembled in Italy, with up to 15 cars already built.

The F4 event will feature three hours of track time. Two 45-minute practice sessions will be followed by a 25-minute qualifying session that sets the grid for the opening, qualification race.?The first race will last 20 minutes and set the grid for a 30-minute final.

The tyre supplier is still to be confirmed, although SRO has a close relationship with Pirelli through its GT championships, and the Italian firm’s tyres appeared on the car at the unveiling.

The karting element will feature electric karts for drivers aged 14 to 16, with no licence or previous experience required, run to a head-to-head knockout format.