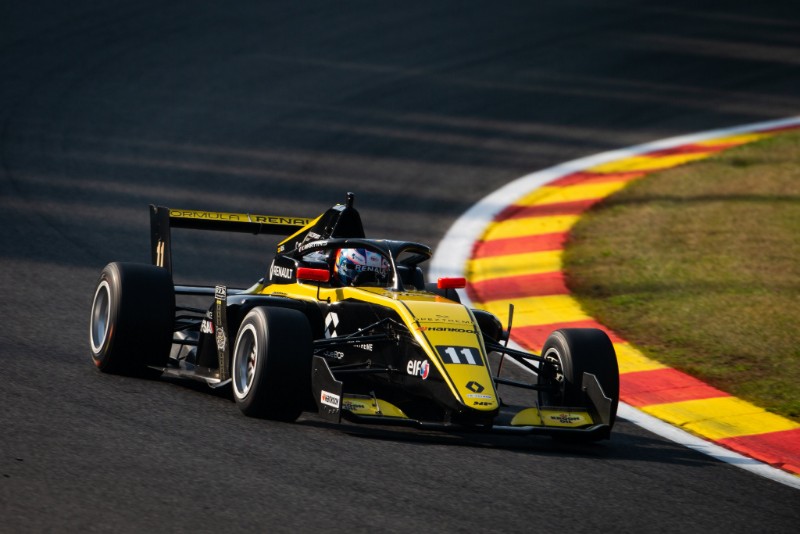 Championship debutant Rui Andrade was the surprise pacesetter at the beginning of the session for FA Racing by Drivex, but by the 10-minute mark it was MP Motorsport’s Martins who sat at the front.

Martins lowered the benchmark time shortly after, and was still in first place by the mid-way point of the session. New M2 Competition signing Callan O’Keeffe had climbed to second, with Arden’s Sebastian Fernandez, R-ace GP’s Piastri and MP’s Colombo completing the top five.

O’Keeffe sank down the order during the second runs, in which team-mate Kush Maini briefly held second place, and it looked like Colombo would end the session on top until Martins put in a good enough improvement with five minutes left to snatch first place.

Piastri was also able to better Colombo, with the trio split by 0.079 seconds. Maini was a strong fourth, 0.142s behind, while R-ace GP’s Caio Collet led a closely packed midfield in fifth.