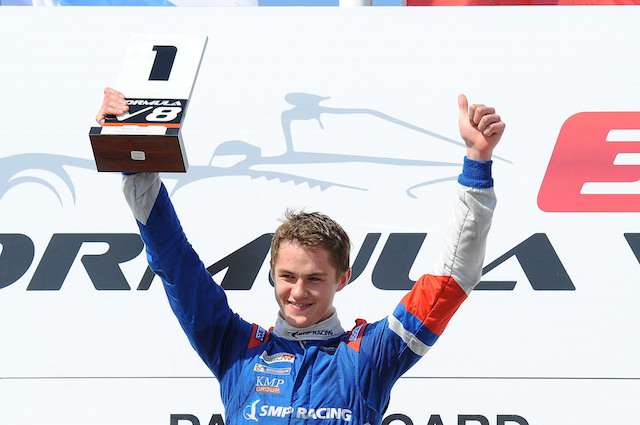 The 21-year-old Russian follows his SMP Racing stable-mate?Matevos Isaakyan in joining the Spanish squad, which took?Tom Dillmann to the 2016 title.

Orudzhev raced with Arden in his first two seasons in the category, taking two wins and fifth in the standings in 2015 and five victories last year on his way to third place overall.

He tested in GP2 last month, but will continue in Formula V8 3.5, which this year will support the World Endurance Championship, where SMP Racing will field an LMP1 project in 2018.

?I am happy to become a part of AV Formula,” said Orudzhev.

“They were competitive and consistent last year and I look forward to building on this to enjoy even more success in 2017.

“And this is good opportunity for me to fight for the title. I want to thank once again SMP Racing for their support and believing in me. I really look forward to be back on-track.?

“With the addition of Egor, our line-up is definitely one of the most interesting of the whole pack and I think we will be able to challenge once again for the title with both drivers.

“Orudzhev is a quick, smart and talented driver with good experience in the series. In 2016, he made a considerable step forward becoming one of the brightest stars of the championship.”

Leonardo Lorandi to debut in Italian F4 with BhaiTech