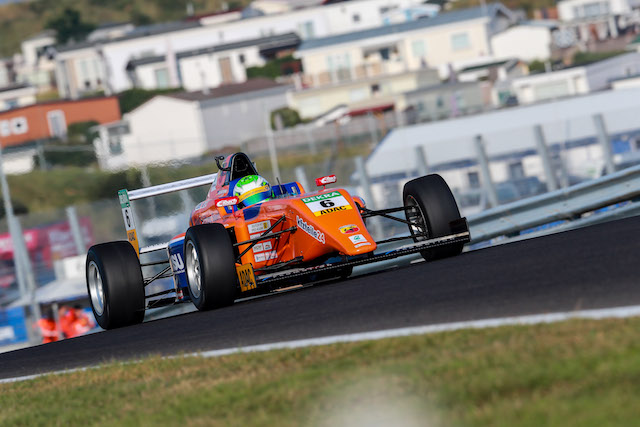 As for much of?race one, when they fought for second place behind Joey Mawson,?there wasn’t much to separate the pair, with Ortmann coming out on top once more.

Prior to a late safety car, the Mucke duo managed to pull away from third-placed?Mick Schumacher, who had climbed from sixth on the grid using?the inside at?the first corner.

Once passed by Schumacher through the opening turns, Felipe Drugovich?held on to fourth in front of third-place starter?Janneau Esmeijer.?Kami Laliberte completed the top six.

Points leader Mawson had started down in 12th on the grid, based on second fastest qualifying times after he got caught out by a red flag. He had progressed as far as eighth and was looking for a way past?Thomas Preining?when he made contact with the Austrian under braking for the first corner, knocking his front wing astray.

Although it worked loose later in the lap, Mawson pitted, and finished in 27th place.