Home Featured Opinion: Why F1 had to give Alexander Rossi his chance
FeaturesFormula 1 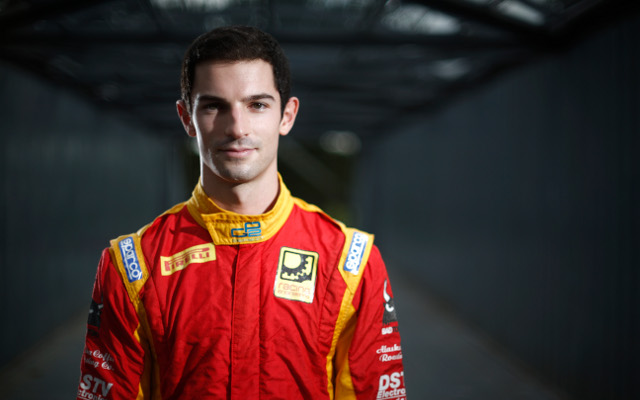 As Alexander Rossi prepares for his debut for Manor, Peter Allen argues that F1 needed to give a chance sooner or later to an American driver on course to finish second in GP2

The idea for this opinion piece about Alexander Rossi was already in the pipeline before he was handed his Formula 1 debut by the Manor team at this weekend?s Singapore Grand Prix.

The plan had been to wait until he had been definitely overlooked by Haas ? i.e. when it had announced its 2016 line-up without him in it ? and then explain why F1 should give Rossi his chance.

I didn?t want to explicitly make the case for him to race for Haas next year. Not if he?s fighting for a seat with Kevin Magnussen.

Regular readers will know of my support for Magnussen, and for me to push for Rossi to get onto the F1 grid at the Dane?s expense would be akin to treachery.

But I do think there?s a case as to why Rossi should have become an F1 driver. Not necessarily this weekend, not necessarily for Haas, but for some team at some point in the future.

That case is not based simply upon him being good enough. It does, admittedly, centre on his nationality. But I still think there?s a case.

Thanks to getting his campaign firing on all cylinders with wins at Spa and Monza in the last few weeks, Rossi is currently on course to finish second in the GP2 standings.

According to the FIA?s new superlicence system, such a result makes a driver suitable for F1, with the necessary 40 points handed out in one go.

That an American driver has got themselves into such a position is something that F1 should not ignore. 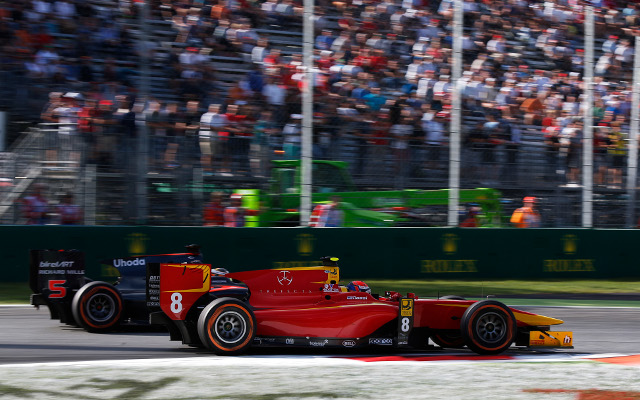 F1 is certainly in a position where it needs to do everything it can to reach out to new audiences. It has been trying to crack the United States for some time. The Austin race was certainly a good step in the right direction.

But for F1 to really get traction stateside, there needs to be some home interest. Take a look at the sports that dominate in the US ? ?football?, baseball, basketball, NASCAR. These are all dominated in turn by American participants ? both teams and athletes.

The presence of an American team in Haas will therefore help, but not as much as an American driver would.

Sure, to really make an impact, an American driver needs to be good. Rossi probably doesn’t have the potential to have a really successful career in F1, but that doesn?t mean he?s not important ? I?ll explain why later on.

He is better than many naysayers will have you believe, though.

Yes, he has been racing at the top of the European junior single-seater scene for several years ? this is his fifth season across Formula Renault 3.5 and GP2. But to say that means he?s not up to much is to simplify the situation.

His first season at that level in 2011 saw him finish third in FR3.5, top rookie and best of the rest behind the dominant Carlin duo of Robert Wickens and Jean-Eric Vergne. That followed P4 finishes in GP3 and before that Formula Master in his first two seasons out of Europe.

Funding at that time was tight though, and he obtained the backing of Tony Fernandes. Unfortunately, the F1 team owner?s obsession with setting up squads in the junior ranks rather than taking the proven approach of sponsoring drivers to race for top teams meant that Rossi had to instead drive for teams that struggled for consistent form.

There were still glimpses of promise, finishing on the podium in his first GP2 race with no pre-season testing (Fernandes had planned to run Ma Qing Hua in the car until his funding vanished), and taking a feature race win at the end of his rookie season. 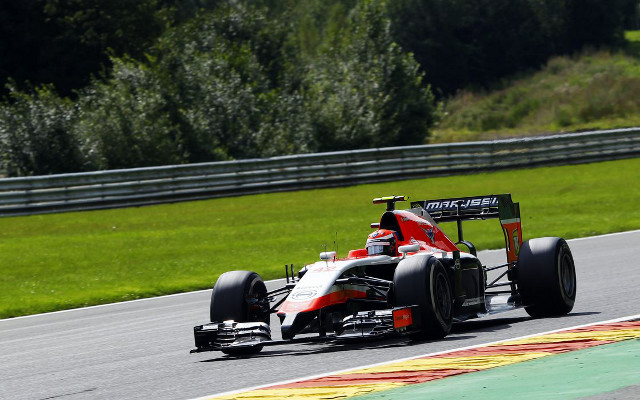 When Fernandes sold up last year, Rossi jumped ship from Caterham and its GP2 squad after a nightmare season that saw testing promise turn to dust. 2015 is his first season in a stable team since 2011, and it?s shown.

Yes, he?s struggled to hold a candle to Stoffel Vandoorne, but if F1 had waited until there was an American driver with a record like Vandoorne?s ? i.e. having clear future world champion potential ? before it gave one a chance, it might have had a long time to wait.

That?s not because the US can?t produce a top-line driver, but because so few attempt to climb the European ladder. Rossi?s the first American F1 driver since Scott Speed because he?s the first American driver to do well here since Speed finished third in the inaugural GP2 season in 2005.

Costs and attracting sponsors to race in another part of the world is a big part of the problem for American drivers, but reaching F1 has to look realistic in the first place.

If Rossi had finished second in the GP2 standings this year and then not been given a chance in F1, it would have shown it wasn?t possible. An American would have come over to Europe, spent a lot of money, put in a lot of hard work and got enough superlicence points and still been overlooked.

There?s still work to be done. A five-race stint for Rossi in a Manor on its own is unlikely to lead to a flood of talented Americans trying their luck in Europe. But it’s a start.

It will also drop the rookie tag that seemed to be putting Haas off him, but with so many other well-qualified alternatives on the market it could still be tough to convince it to employ him.

If it doesn?t want Rossi but it does want to help build a larger fanbase in the US, thus attracting more sponsors, greater media coverage, etc., it will need show a commitment to supporting younger American drivers.

It?s something other teams can do too ? Fernandes might have got a lot wrong, but he did at least spot the opportunity in Rossi. 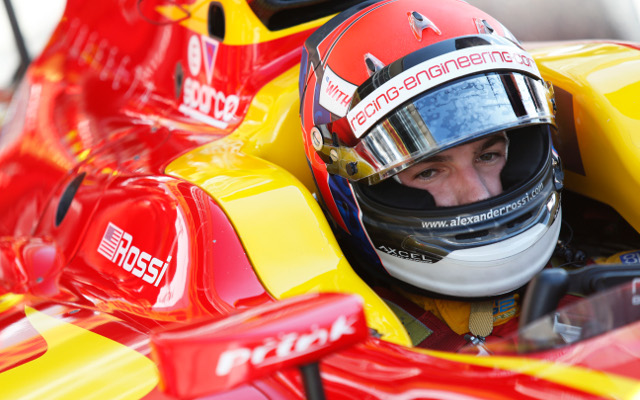 The talent is there ? see the exploits of Graham Rahal and Josef Newgarden in IndyCar this year and of Spencer Pigot in wrapping up the Indy Lights title last weekend.

But IndyCar is not the place to go looking for F1 drivers. However high the standards, there are too many differences between the two environments. If F1 teams are going to pick American drivers, there needs to be a supply of them coming through the European scene and reaching the top in GP2.

With his recent victories, Rossi has done that. That?s why F1 had to give him his chance.

On a side note, it is of course a shame that Rossi?s opening comes at the expense of Roberto Merhi, a driver who merited his place with a top single-seater record.

But with a complete lack of funding and with his entire career looking over around a year earlier when he was dumped out of the DTM due to poor results, it was a minor miracle that Merhi ever got to F1, and even more so that he held onto a seat in an underfunded team for so long.

He always knew that if a sufficiently-qualified driver came along with some sponsorship, he would be gone. His line that he only found out once already in Singapore has been used by others to make him look badly treated, but that?s not how he sees it.

He?s quite rightly grateful to have had the opportunity and will race in Abu Dhabi at the end of the year with his standing in the racing world far enhanced compared to 12 months earlier, whatever happens beyond that.

John Booth and his team once again took a chance on a young driver when they took Merhi to Australia at the start of the year, and they?re now doing the same with Rossi. 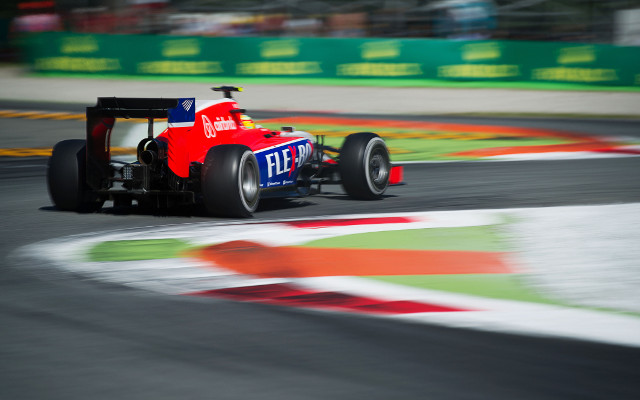