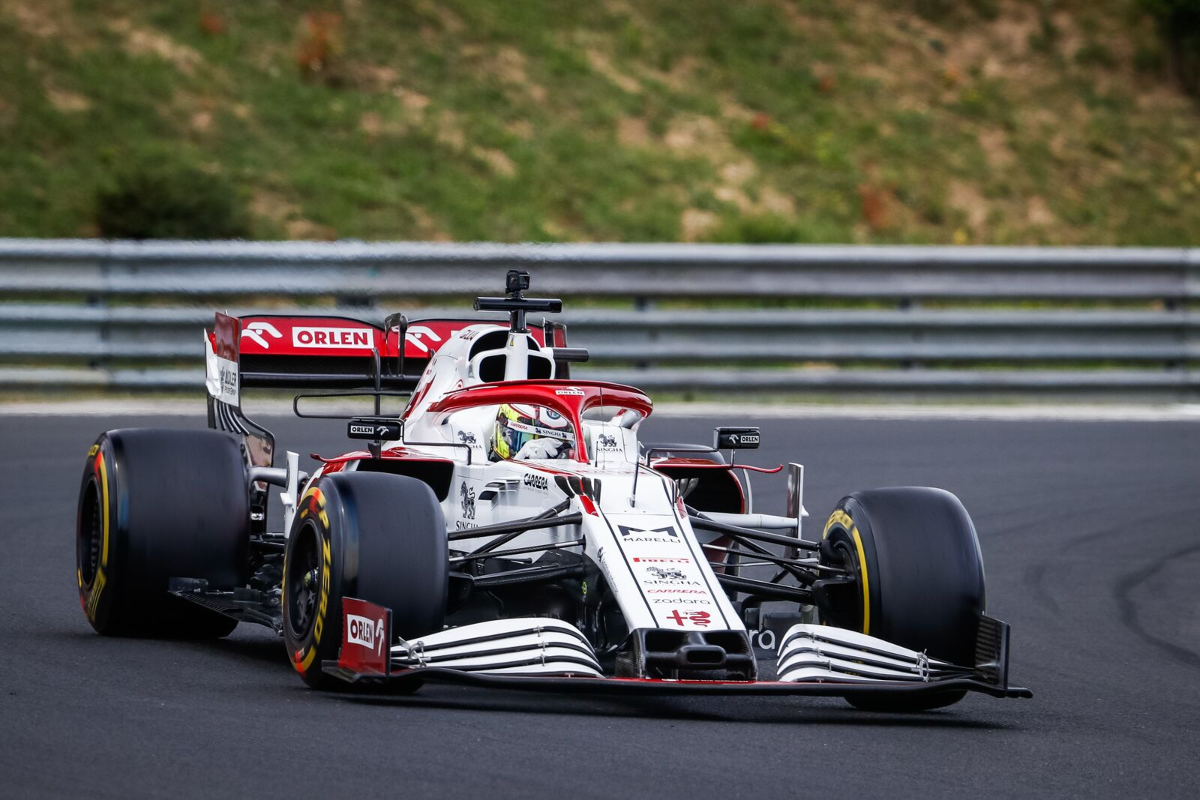 F1 has finally confirmed teams will be mandated to run ‘young’ drivers in free practice at least twice a year from 2022 onwards. Is that sufficient enough for those talents to prove themselves on the biggest stage?

The idea of a Formula 1 team placing a young driver in a team and getting them to accumulate thousands of miles under their belts, often while also racing in another championship, is long gone due to testing restrictions.

In addition, the loss of the third chassis at race weekends has made it risky to run someone other than the race drivers in a free practice session now, except to merely satisfy contractual obligations, generate some good PR or at least somewhat prepare a driver for coming in to a race seat the following season.

Cutting the duration of Friday’s two practice sessions from 90 to 60 minutes in 2021 only pushed this further, reducing the regular drivers’ running before qualifying from four hours to two on a normal weekend if they give up their car for FP1, and down to nothing if they did the same at grands prix which included ‘Sprint Qualifying’.

It makes it all the more challenging to give young drivers meaningful track time. While F1 will be making it mandatory for teams to put aside two FP1s across the 2022 season for a driver (or drivers) with less than three F1 starts to take part, it will only make a slight impact on drivers looking to impress the pitlane and even the ones who are already part of F1 junior teams.

Nowadays, the perks the young drivers often get will be runs in older F1 cars (see Alpine with its Renault R.S.18 programme), access to the gym and to the simulator – the latter where they often contribute to the team with work there.

That’s fine, but there is often much frustration from fans and from the drivers themselves when the next crop of talented drivers so painfully misses out on a worthwhile F1 drive. This coming season is extra painful, with just one new driver on the grid in Alfa Romeo Racing’s Guanyu Zhou – and arguably not the strongest of those banging on the door to get in. 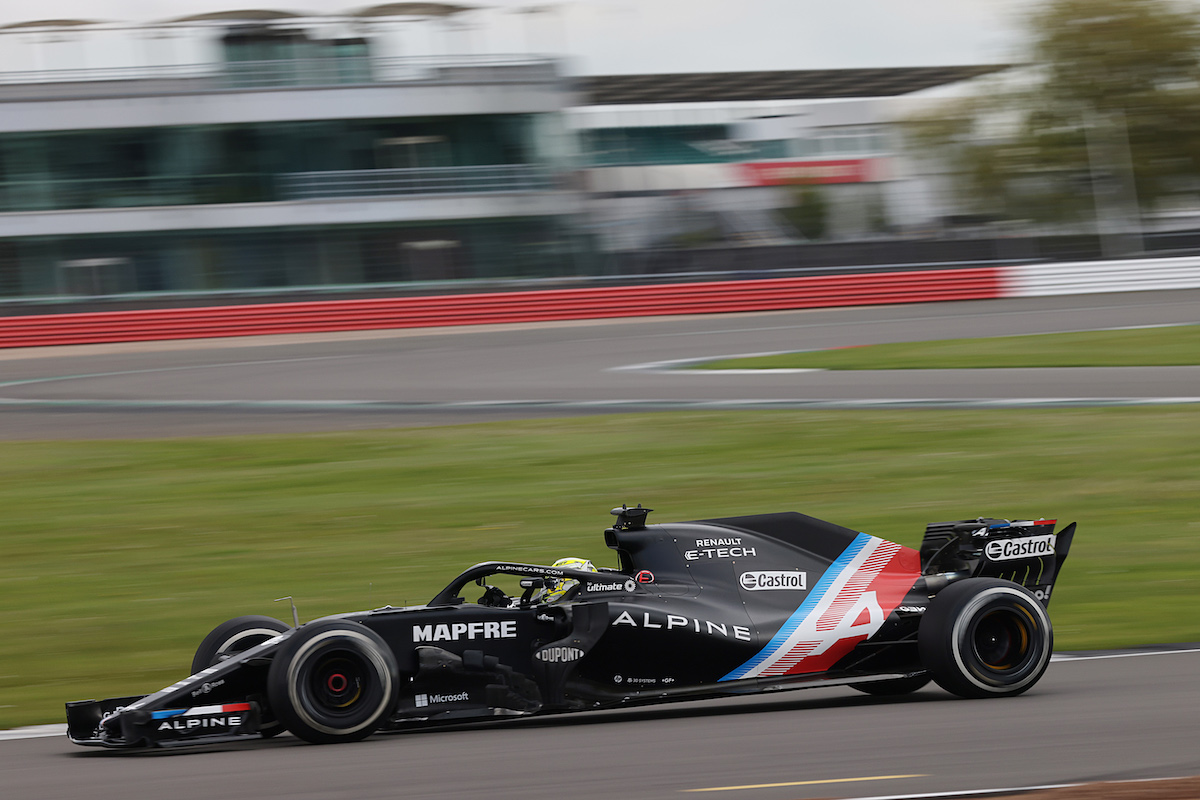 But there has been a renewed focus on the junior categories recently. There are specialist websites, podcasts and documentaries focusing on it, and more and more racing broadcast free to watch on YouTube and other streaming platforms. Before, all of this (particularly globally) was a lot more limited. It does bring the drivers into the spotlight, particularly those with F1 team branding, but it doesn’t have the same impact as being there during F1 action and within its bubble.

Regardless, the bottlenecking of talent has started to get very severe, and there are fewer and fewer options for these drivers to showcase what they can do. There are several factors behind why this has happened – the limit of 10 teams on the grid, the incredible political power held by just a small number of people, and the longevity of drivers meaning many willingly race for 15 seasons or more. Add in teams owned by billionaires, who just so happen to be running their kid in one of the seats which could be occupied by a far stronger driver, on top of that.

And to impress to the point where everyone questions “why the heck aren’t they in contention for a drive?” involves peaking at absolutely the correct time, when whomever your political ally is likely to have a seat opening up. It is no longer sufficient to just put in a title challenge in your third Formula 2 season, and even back-to-back-to-back titles in Formula Regional, Formula 3 and F2 will impress but not land an F1 seat because of lack of political strength held by the connected parties.

With F1 driver development programmes picking up and developing more and more talent, to the point where 18 of last season’s F2 drivers are or were affiliated with an F1 team during their junior career, and without shifting out 10 F1 drivers per season, of course there will be drivers who end up missing out on their ultimate goal. F1 is losing just two drivers from the grid next year (which isn’t too far off the recent average), and there are at least three or four in F2 who should be in a position to step up, and haven’t already seized the chance to race in IndyCar instead. They will simply add to the bottleneck.

This is before we even bring up some very solid F2 drivers over the past few years who were snubbed entirely and are still lingering in this bottleneck. Add some highly capable, experienced F1 drivers with plenty of years still in them targeting returns. There are plenty of massively capable drivers around, and yet there simply are no seats.

Many of these drivers have ended up plodding around in Formula E, IndyCar, sportscars or are merely standing in garages on race weekends with their hands crossed. They’re too good for the last of those positions, absolutely.

I very much understand that this has become a critical analysis of F1’s driver market as a whole, rather than on the latest rule change, but it’s important to outline really how we ended up at this total logjam.

In itself, forcing teams to run total F1 rookies in free practice is okay. It will add at least something guaranteed to the reserve driver role and make it meaningful. Honestly, FP1 is not exactly the session worth paying the most attention to during the weekend. Track conditions are often inadequate or sometimes, such as with the night races, totally irrelevant.

But the teams do find it mostly useful. It is good for data gathering and a session drivers and team can still learn from. It’s also far more relevant than running a two-year-old chassis, especially given the drastic rule overhaul coming for this year changing the philosophy around how one controlles one of those high-powered brutes of a car.

However, there are also reservations to be had. Thankfully, the regulation stating drivers must have at least 25 FIA superlicence points to participate in F1 free practice is retained, and the new FP1 opportunity will be restricted to drivers with no more than two F1 starts to their name (with Haas and Williams testers Pietro Fittipaldi and Jack Aitken the only ex-F1 drivers eligible under that measure). This means that teams won’t be able to chuck in complete no-hopers into their cars or drivers with countless starts to their name looking to make a comeback and call that a ‘young driver’ taking part.

The change in itself also isn’t for a huge number of sessions across the season. It’s just two. That’s two hours across a 26-race calendar year (F1’s biggest ever) in a contemporary F1 car to impress to the wide world in what is largely an irrelevant session. If it rains, teams may simply not bother running anyway, or at least very much. Whether that counts or not is unclear. It’s not as if there is loads of testing planned before or during the season either that a young driver could be involved in.

Most of the teams have a logical solution for who they could slot in for these sessions. Many are F2 drivers, some are impressive IndyCar runners and there’s even a Formula E world champion conveniently linked with Mercedes (and McLaren by default). Aston Martin, a team with no young driver programme, a reserve driver who is way too experienced and a test driver lacking the superlicence points as he races in sportscars, is the enigma at this point. There is a slight complication in that a lot of the drivers with the required points are either tied to other teams or not what many would consider ‘young’.

Formula Scout was active in Sochi last September when a number of drivers in very different situations were asked about the rule change – which had been shared to select members of the F1 media before being announced this month.

“It really helps to get us more mileage with F1 cars – also my first mileage because I’ve never driven in F1,” said Felipe Drugovich, one of the most eligible bachelors with no F1 affiliation and just hitting the 25-point mark for a Friday-only license. “And I think many of the teams are not aware of what some drivers can do, whether they can be fast enough.

“Then, as soon as they’re put into their cars, they see we can be fast. I think that’s actually going to happen with some people, and that becomes a chance for many of the drivers that cannot show their speed in any other way in the F2 championship, and they can express that directly into a team. That’s a good opportunity, hopefully I can get some opportunities next year.”

“I think it’s good for all the junior drivers in general. I agree with Felipe, as he said some people can shine in junior single-seaters, and some people that shine less they can be faster in an F1 car, so I think we can see quite a lot of that. It’s a good opportunity for all younger drivers to show what they’re capable of.”

Ferrari junior and Haas tester Robert Shwartzman, a driver some believe should be in contention for an F1 seat (himself not included) and currently without a racing programme of any kind feels that the FP1 rule can actually be of benefit to teams.

“I agree with what the guys said. It’s really nice that the rookies can get the possibility to drive a F1 car because it’s something special. Also, it might be interesting for the teams, because a rookie or a new driver can give something new to the team, some new information that they can use in the future.

“I really hope it’s going to work well, that the F1 teams will appreciate that – likewise for the drivers – and that it’s going to be well-managed from both sides. Maybe for some of the drivers in the future, the team might consider them as a potential F1 driver.”

This could well be a minor step forward in giving the drivers a proper platform to showcase what they can do in front of the F1 world. It needs to be guaranteed that meaningful talents are given the nod to run for these teams, rather than drivers who will categorically never land a race seat in F1. There’s more than enough talent out there to ensure that doesn’t happen.

A FP1 appearance or two is no race seat, and that remains an utter travesty for some awesome talents absolutely smashing the door as hard as they possibly can, but it’s something. Whether it’s enough though, is highly questionable, and what F1 and teams can additionally do for its young drivers is an entirely different debate in itself.

More F1 content
Leading by example? What do Jeddah antics mean for junior series?
Why F4’s Weug is just the start for Ferrari’s Girls on Track ambitions
Has Zhou shown the qualities to be a success in F1?
The young drivers who used F1 free practice to make an impact
Why Alpine’s new academy is more ‘restructure’ than ‘rebrand’
Aston Martin’s reserve driver: Did F1 waste a decade on GP2’s wunderkind?
Why Mazepin’s F1 seat should be a big wake-up call