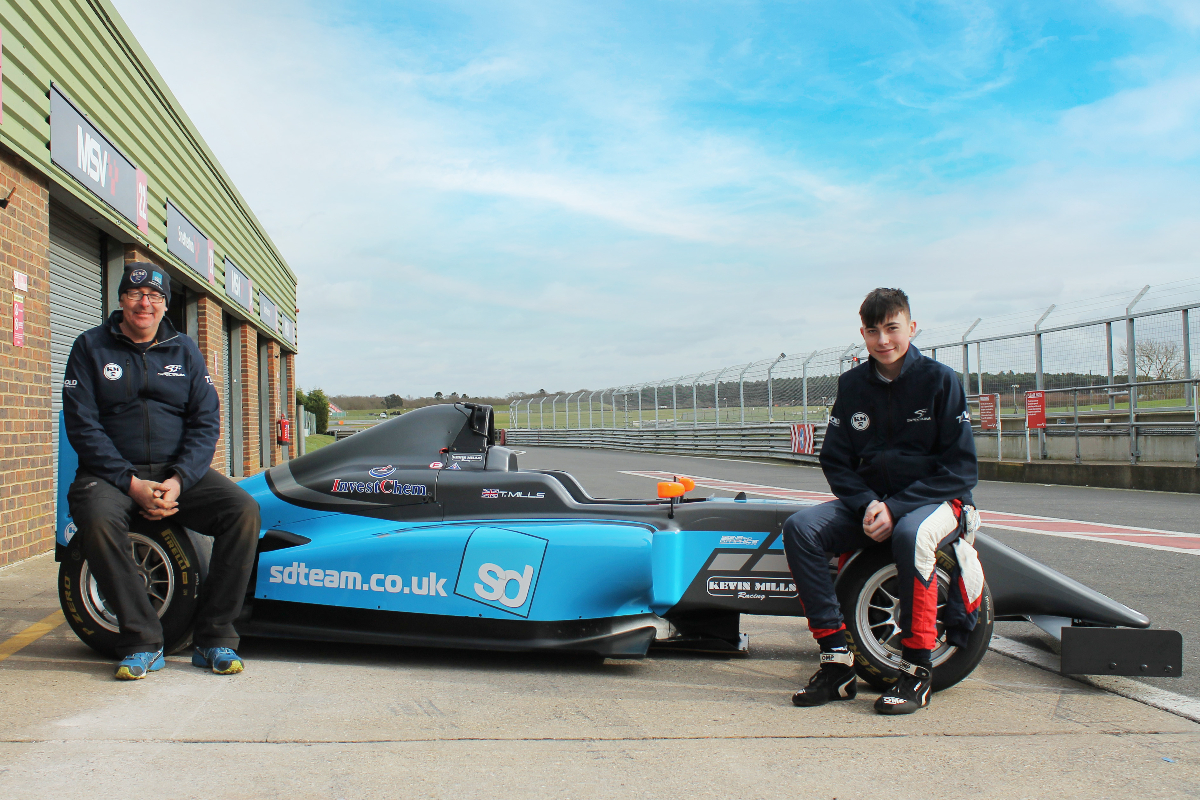 Mills came fourth in BRSCC National FF1600 last year as a rookie with KMR, after missing the opening round as he was yet to reach the minimum age required of 16 years old, and at the end of the year came 19th in the Walter Hayes Trophy.

The end of his first year in single-seater racing left him slightly disillusioned with FF1600. He was top qualifier at the FFord Festival and sat fourth in the final before being wiped out, then a controversial penalty decision undid his WHT victory hopes.

“I’m very excited to make the step up to the new GB4 Championship with KMR,” said Mills.

“It’s a steep learning curve moving to a car with slicks and wings after racing FFord last season, but so far testing has gone very well. It will also be great to be racing on the British GT package, with higher coverage and exposure for drivers, and getting to race on iconic tracks such as the Brands Hatch Grand Prix circuit.”

Mills has unfinished business with the end-of-year FF1600 events, and he told Formula Scout after last year’s WHT that his aim was to race in GB4 in 2022 but would be open to making a return to wingless cars to put his name on the event trophies.

“Tom’s done really well in testing so far, and has adapted quickly to the challenges of moving from FFord into a slicks-and-wings car,” his father and team principal Kevin Mills said.

“We’re really looking forward to seeing how he does when the season starts. For the team, it’s great to get our first driver on board as we move up to GB4, and we’re working hard to secure a second driver so we can collaborate and share data between the two, and achieve our goal of having both cars at the front of the grid so we can continue our FFord success.”

The older Mills was a three-time Castle Combe FF1600 champion himself before establishing his team, which has won the WHT five times, claimed five overall Castle Combe FF1600 titles and four FFord Carnival wins at the circuit, and dominated the 2020 National FF1600 season.

Alex Walker, who starred for KMR in National FF1600 last year and just missed out on the title, had conducted a GB4 test as he evaluates a return to Formula 4.