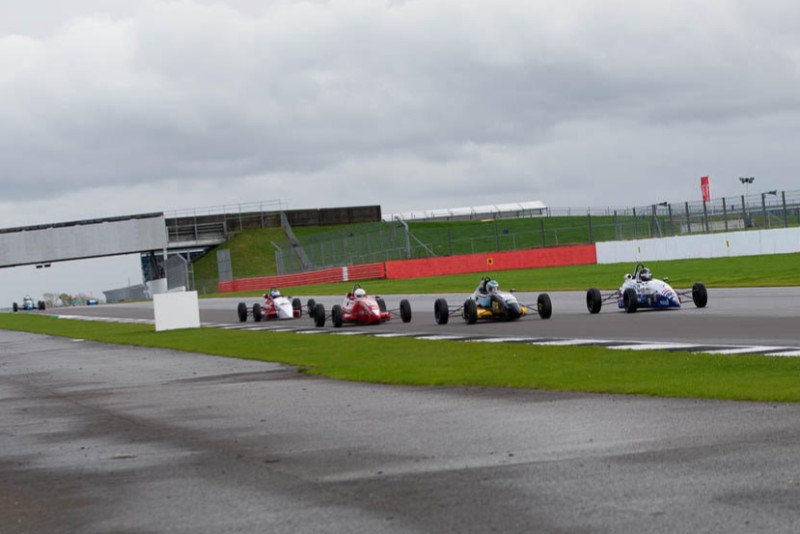 The Souley Motorsport driver was involved in a four-way fight for the lead throughout the race with Team USA scholar Josh Green, Swift Cooper?s Luke Cooper and Team Dolan?s Matt Co wley.

Cliff Dempsey Racing driver Green started from pole, and ended the first lap in front despite losing the lead at Copse to Cooper.

Cowley had also made it past Cooper on the opening lap, then passed Green the next time around.

Green tried every possible piece of track to repass Cowley, and finally made it happen on the fifth lap of eight when he and Cooper outbraked Cowley around the outside of Brooklands.

A wide line by Cooper at Luffield with two laps to go boxed in White, and allowed Cowley to become Green?s closest challenger again in the space of two corners.

On the penultimate lap, Green ran too deep into Brooklands and immediately fell to the back of the lead group as a fastest lap from Cowley propelled him into the lead.

White had also slipped into second, and seized the opportunity on the final lap when backmarker traffic ahead made Cowley more cautious on the run to Brooklands.

Cowley tried hugging the inside line as the cars switched direction for Luffield, but White had already got his nose in and forced himself alongside.

The pair skimmed their wheels against each other as they navigated more traffic, with White finally snatching the lead on the run to the chequered flag. Another lapped car in the way denied Cowley the chance to keep fighting.