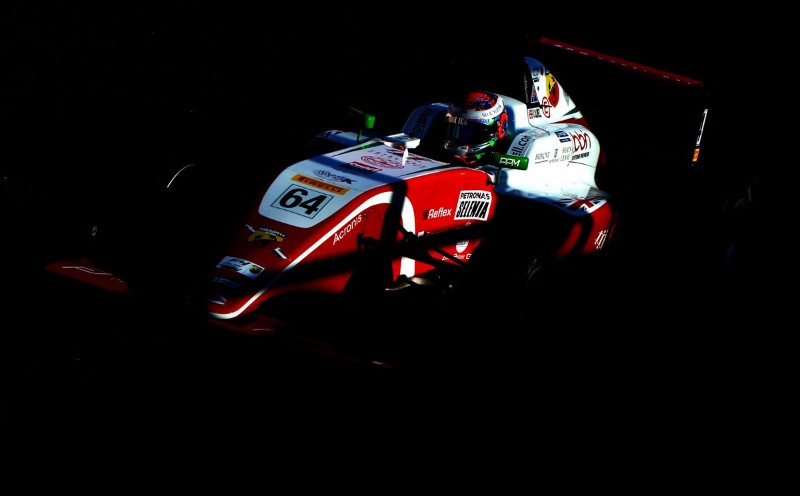 Fittipaldi and Lorandi had been running second and third after an early safety car ? brought out when Edoardo Morricone came to a stop on track. Guanluca Petecof and Gregoire Saucy joined them in the battle for second behind Caldwell, who?d managed to break away from the fight on the restart.

Saucy squeezed his rivals and ended up colliding with them, breaking Lorandi’s suspension. The championship leader tried to continue, but the damage became clear when he tried to turn a corner, only for the car to continue straight on into the path of Fittipaldi. His title rival dropped down the order, while Lorandi came to a stop.

Further along the lap, Ido Cohen and Amna Al Qubaisi came together,? with the latter being left stranded at the side of the circuit and leading to a second safety car period.

Caldwell and Prema team-mate Petecof pulled away at the restart, with William Alatalo running third. Federico Malvestiti and Umberto Laganella managed to get past Alatalo in the latter part of the race, as Caldwell distanced himself from his team-mate.

First for Caldwell and second for Petecof matched their best results, while Laganella took his first points since Misano and his best result in fourth.

Further back, Fittipaldi had carved his way through the field and it didn’t take long for him to return to the top 10. He managed to climb up to eighth, cutting Lorandi’s championship lead down to 12 points.