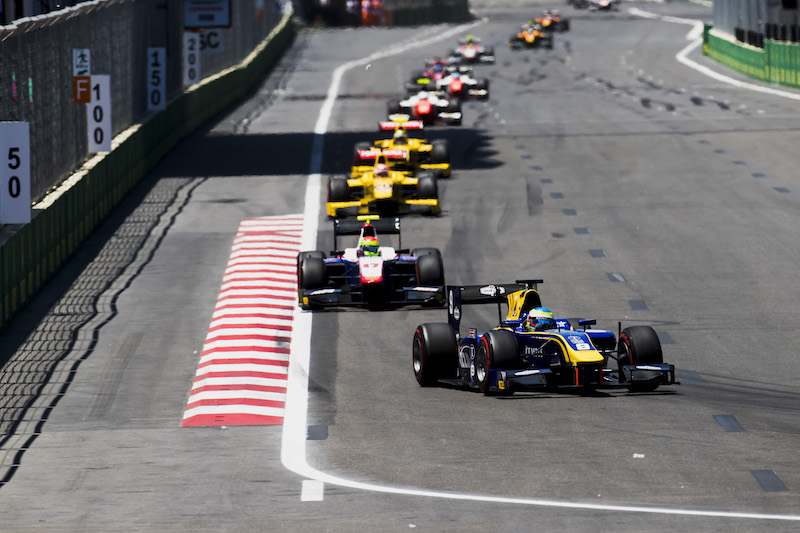 Oliver Rowland has lost his fourth-place finish from the Formula 2 feature race in Baku, with a penalty relegating him to seventh.

The DAMS driver had 10 seconds added to his time after stewards found him guilty of not slowing sufficiently for yellow flags at Turns 6 and 7 during the race.

The drops him behind Artem Markelov, Norman Nato and Jordan King in the results, although it does give him a place on the front row for the sprint race, alongside rookie Ralph Boschung.

Sergio Sette Camara, Sean Gelael and Robert Visoiu were notified of the same penalty for the same offence before the end of the race, with Sette Camara relegated from eighth to 13th with Gelael and Visoiu behind him.

Johnny Cecotto was found to have exceeded the pit-lane speed limit when his car was restarted in the pit-lane after he had stalled on the grid.

The?championship’s most experienced driver crashed out at Turn 2 when he rejoined the track, and so because he was due to start from the back of the sprint race grid anyway, he won’t be able to take a five-place grid penalty and will therefore have to start from the pits again.