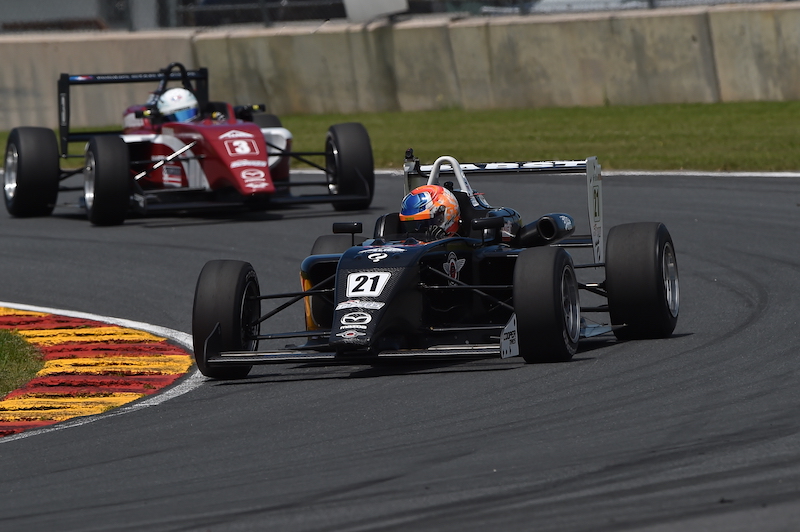 Rinus VeeKay secured his maiden USF2000 victory in the first race at Road America on Friday, and also took the chequered flag in race two on Saturday.

VeeKay duelled with polesitter David Malukas and Lucas Kohl for the first half of the 30-minute race on Friday, before pulling away from the two first-time podium finishers.

Malukas? first pole position and first podium finish came in only his second race weekend in USF2000 alongside his Motopark ADAC Formula 4 campaign.

Championship leader Oliver Askew had worked his way up into a podium position before suffering from a mechanical problem after just seven laps – the camber shims on the front-left wheel working loose to cause severe vibrations. He could only salvage a 17th?place finish.

In the second race, VeeKay converted his maiden USF2000 pole position into victory, resisting all pressure from Malukas. He was pushed hard, especially on the sole restart of the race following an accident involving Darren Keane and Jacob Loomis.

Malukas spun on the final corner from second place of the last lap of the race and finished in 14th?place.

Calvin Ming took second place, after passing Askew on the final lap of the race. Kaylen Frederick and Parker Thompson battled hard over fifth place, with Frederick coming out on top.