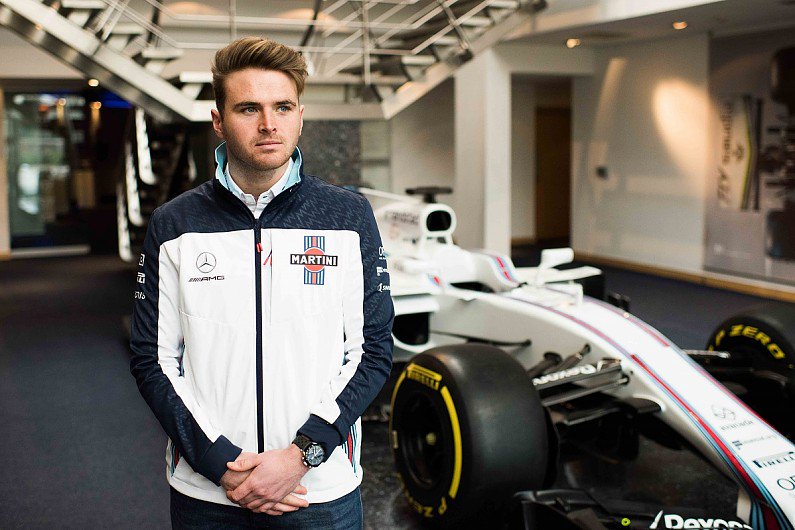 Oliver Rowland has joined Williams Formula 1 team in the role of ‘official young driver’ for 2018.

Rowland won the Formula Renault 3.5 title in 2015 before two seasons in GP2/Formula 2, during which time he was on the Renault F1 team’s books as part of its academy and then as a development driver.

Williams will hand him his first opportunity to do official on-track running in an F1 car when he takes part in the in-season test at Barcelona, with teams required to dedicate some of their testing to rookie drivers.

Rowland, who at 25 is older than Williams race drivers Sergey Sirotkin and Lance Stroll but younger than reserve Robert Kubica, came third in the F2 standings last year.

He has already announced a deal to race in the World Endurance Championship this year with the Manor-run Ginetta LMP1 car.

“I am immensely proud to be joining Williams as their official young driver,” he said.

“It?s a fantastic opportunity for me and I will be working as hard as I possibly?can to help them develop the car this season.

“It?s always been my ambition to get a role in Formula One and I?m very excited to be doing that with Williams.

“They have always given young drivers the opportunity to progress so it?s now up to me to make a good impression and further?my development as a driver.

“Hopefully with my hard work in the simulator and test I can impress the team. It?s certainly going to be an exciting challenge ahead and I want to help Williams as the team continues to work to close the gap to the front of the grid in 2018.”

Deputy team principal Claire Williams added:??I am pleased we have secured the services of Oliver, who is a talented and highly regarded young driver.

“He has raced at many Formula 1 circuits, and his experience and knowledge will complement the team?s ongoing engineering work.”