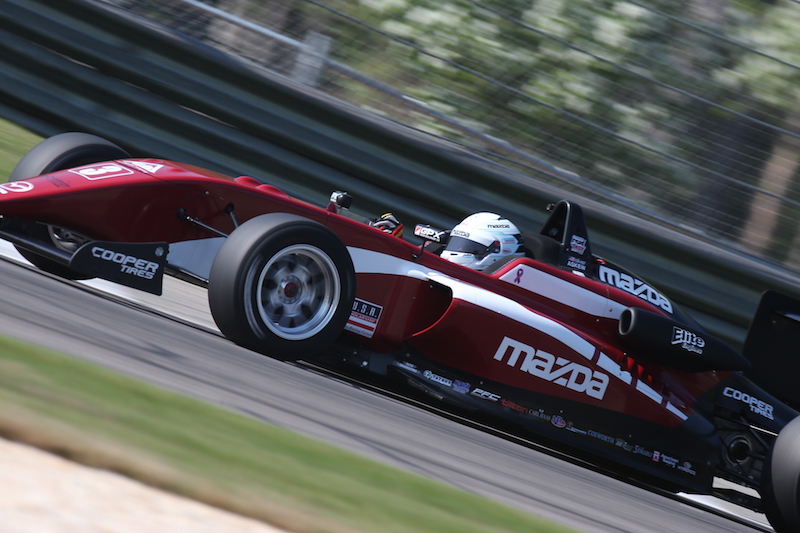 Oliver Askew completed a double victory in round two of the USF2000 season at Barber Motorsports Park after seeing off the challenge of Kaylen Frederick.

Around half the 30-minute race was run under caution after a chaotic first lap, which included a tangle in the field at Turn 3 and then more contact as the field slowed for the yellows, with fourth-place qualifier?Calvin Ming running over the back of Ricky Donison’s car, coming up quicker having been?pushed wide and down the order earlier in the lap.

As had been the case in the closing stages of race one, Askew was pushed hard by 14-year-old Frederick at?the eventual restart, but he was able to pull out a 3.8-second advantage before the finish.

BRDC British Formula 3 contender Toby Sowery enjoyed a strong second race in the category for the new Benik team, coming from 10th on the grid to finish fifth, holding off round one winner Robert Megennis at the line.