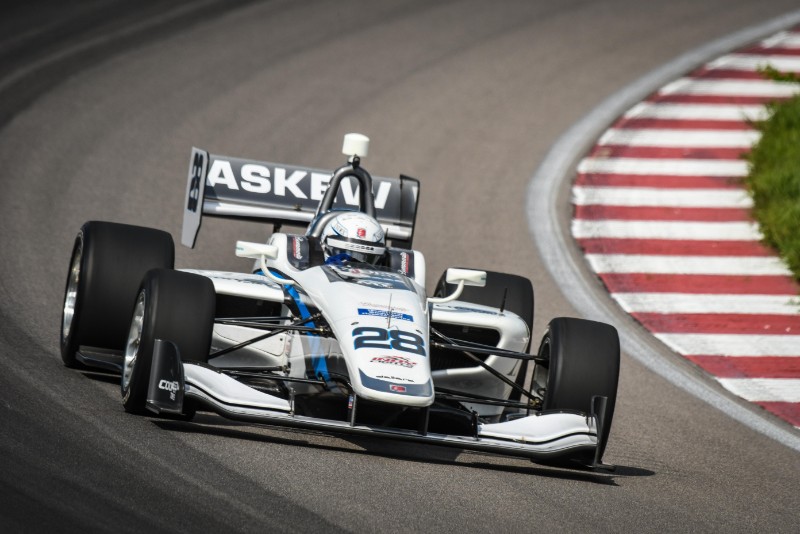 Oliver Askew took his fourth Indy Lights pole in a row with a 159.918mph average speed for the final oval race of the 2019 season at Gateway Motorsports Park.

The Andretti Autosport driver – who was leading the championship by 45 points to Rinus VeeKay entering the weekend – now brings his 2019 pole position tally to seven in 14 races.

Along with now four pole positions in successive qualifying sessions, Askew could convert it into a fourth successive win.

Juncos Racing’s VeeKay will start alongside Askew in second place, with a 159.288mph average. He was able to go faster than Askew’s team-mate Ryan Norman, despite a slightly slower first lap.

David Malukas will start the from fourth place for the rebanded HMD Motorsport team formerly known as BN Racing, and was the last driver of the field to set an average speed over both qualifying laps of over 159mph.

Toby Sowery – who sits fourth in the standings despite not winning a race yet – qualified in fifth and will be joined on the third row by VeeKay’s Juncos team-mate Dalton Kellett.

Andretti’s Robert Megennis and the sole Belardi Auto Racing car of Lucas Kohl round off the grid for the second and final oval race of the 2019 Indy Lights season.