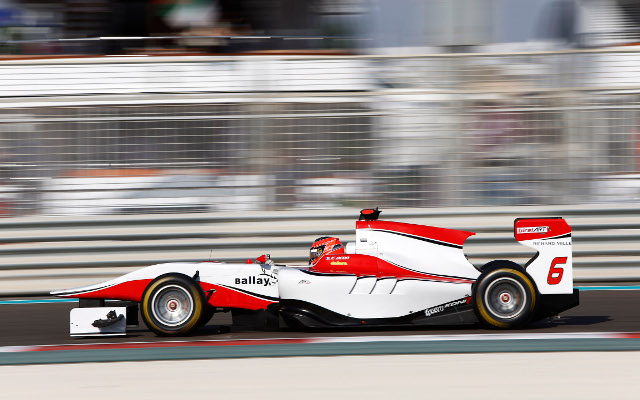 Esteban Ocon claimed the 2015 GP3 championship as Alex Palou scored his maiden victory in the final race of the season in Abu Dhabi.

Spaniard Palou led the field off the line from pole position and quickly pulled away from Antonio Fuoco to triumph by 4.2 seconds.

The start of the race saw a good launch from Ocon, who, despite making small contact with rival Luca Ghiotto, went past both him and Matt Parry to slot into second after turn one.

The Italian on the other hand dropped?to sixth but quickly regained two positions to find himself directly behind Ocon.

He put pressure on the ART driver for several laps but he failed to make a move and eventually lost some pace to finish a second behind Ocon, who collected his 14th podium of the year.

Yesterday’s winner Marvin Kirchhofer had to settle for seventh just ahead of Jenzer Pal Varhaug, as Artur Janosz and Kevin Ceccon rounded out the top ten.