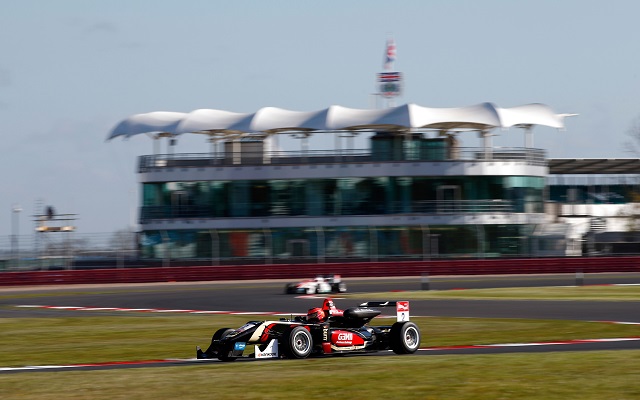 Prema Powerteam’s Esteban Ocon led a 1-2 for the Italian team in the second qualifying session for the opening round of the FIA F3 European Championship’s 2014 season at Silverstone.

The Lotus F1 junior took over at the top halfway through the session and would prove unreachable to his competition throughout the remainder of the session.

He would also claim pole for race three in style, one-upping his benchmark lap by 0.005s with two minutes to go to ensure that both his best times were quicker than those of his competitors.

Canadian Nicholas Latifi had his best qualifying in the series, rounding out a Prema 1-2 in the timesheets. Race one poleman Tom Blomqvist and Antonio Fuoco settled on row two.

Antonio Giovinazzi was another driver to beat his own qualifying record in FIA F3 with fifth place, with karting graduate Max Verstappen taking sixth.