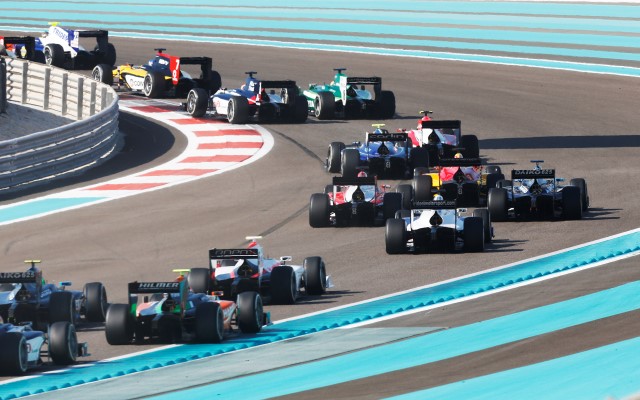 Ocon lines up alongside fellow 18-year-old Frenchman Pierre Gasly at DAMS, with the Lotus and Red Bull proteges rumoured to be pairing up at the champion team next year.

2014 runner-up Stoffel Vandoorne continues with ART after two days working with McLaren and their new Honda engine. He will be joined at the French squad by two proteges of the Japanese manufacturer – domestic F3 champion Nobuharu Matsushita in the first session and Super Formula regular Koudai Tsukakoshi, runner-up in the series in 2012.

Russian Time have an unchanged line-up for the first day of testing, with two-time 2014 race-winner Mitch Evans continuing alongside team protege Artem Markelov.

Arthur Pic remains with Campos having already announced his continuation with the team for 2015, and is partnered on Thursday by Formula Renault 3.5 podium finisher Jazeman Jaafar.

Another driver re-signed for 2015, veteran Julian Leal, is joined at Carlin by Luis Sa Silva, who has raced for the British squad’s GP3 arm for the past two years.

After missing the final round of the season due to Formula E commitments, Daniel Abt returns to Hilmer Motorsport and is joined by fellow German and GP3 star Marvin Kirchhofer.

Nathanael Berthon remains with Lazarus, with Sergio Campana returning to the team’s second car that he raced in Monza and Sochi. Rene Binder switches to Trident to be joined by FR3.5 racer Zoel Amberg, while Daniel De Jong continues with his family team MP Motorsport to be joined by another FR3.5 man Marlon Stockinger.

Fuoco, Pizzitola and Parry among GP3 testers in Abu Dhabi