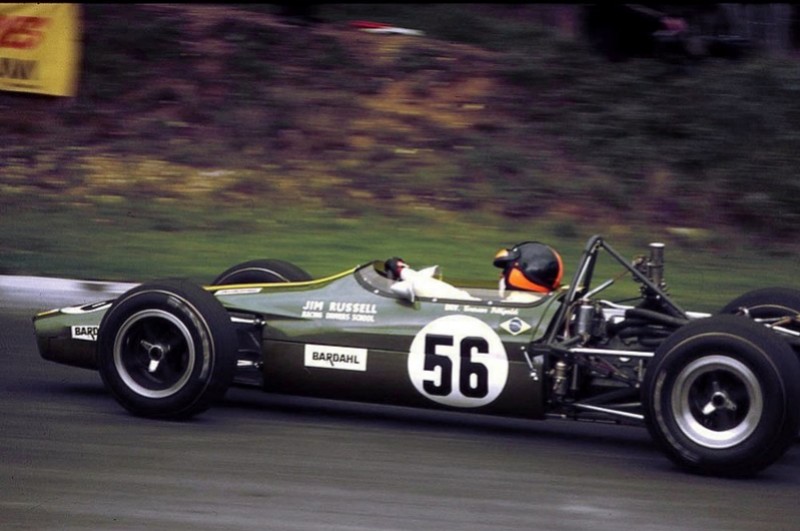 So many motorsport careers have started in some part down to Jim Russell, who sadly died earlier this week, it is a surprise that his name is not mentioned more.

The 98-year-old won Formula 3 titles both as a driver and a team boss, was integral to the success of one of the best motorsport movies of all time, and the founder of probably the most influential racing school of all time.

Norfolk born and raised, Russell only started his racing career ages 32, having previously been preoccupied by his job in the RAF. It didn’t take long for Russell to impress renowned engine tuner Steve Lancefield, which then led to strong relationships with chassis and engine suppliers Cooper and Norton.

Little over a year on from his debut Russell was winning 500c F3 races, and he went on to take the British title three times in a row between 1955-’57. He moved on to Formula 2, winning the coveted British Empire Trophy in 1959 and taking the class win in the BRDC International Trophy the same year.

At the same time as his driving career started moving beyond F3, Russell set up his famous racing school at his local Snetterton circuit. It only took a few years before Russell was running cars for others in F2, and within a decade his services were being relied upon the?Grand Prix motion picture.

Although the entry-level skills was where Russell’s racing school were most frequently used and respected for, arguably it was two examples of individual support in a different capacity that proved the school’s versatility and importance.

After success in Brazil, Emerson Fittipaldi moved to England for 1969 and convincingly won the British F3 title for Russell’s team. A year later he was a race-winner in Formula 1. Russell continued to run his team, and it folded nearly three decades on in Formula Vauxhall Junior.

Ralph Firman was a training mechanic at Russell’s racing school during its early days, and Snetterton became one of the key hubs of motorsport worldwide when Firman set up the Van Diemen race car manufacturer with Russell’s support. The school became a major customer of Van Diemen vehicles, and both crossed the Atlantic with considerable success.

The original racing school left its Snetterton home for Donington Park, but the Canadian outpost at Circuit Mont-Tremblant stays strong to this day, as do franchises in the USA. Particularly in America, the racing school’s own centrally-ran championships proved huge successes and one-off shootout events and ‘world finals’ led to drivers only starting their career going up against the best possible opposition from across the globe.